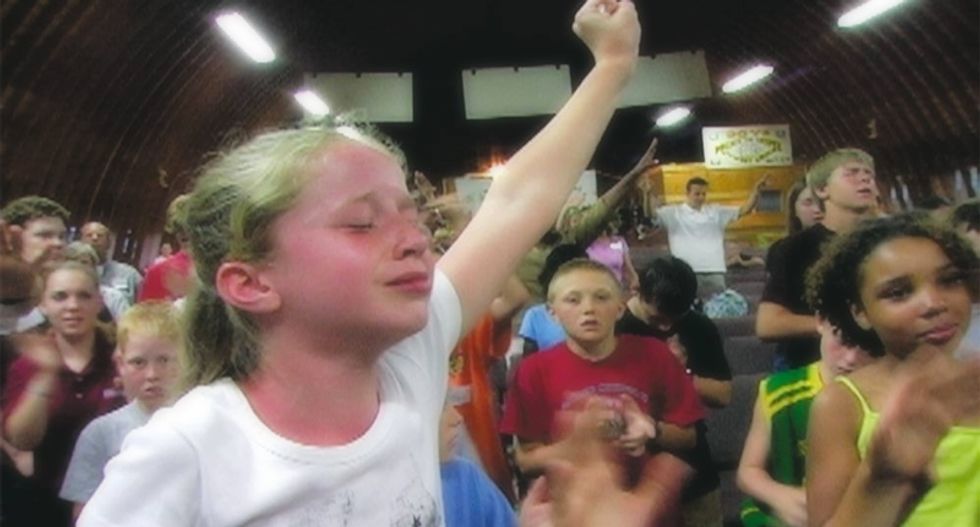 Kevin Singer serves as the co-director of a group aiming to give Christians the tools to promote a faith that is less judgmental and pro-damnation. NeighborlyFaith works to "train a generation of leaders to love and lead like Jesus in a diverse world," their site explains. So, it isn't surprising that Singer has given up on the evangelical sect of the faith.

In an editorial for Sojourners, Singer cited Vice President Mike Pence's commencement speech to Liberty University students where he warned that they should prepare to be "shunned or ridiculed for defending the teachings of the Bible."

Singer noted that Pence is following a familiar claim white evangelicals recite like an unceasing prayer about their own persecution.

"According to a 2017 study by the Public Religion Research Institute, white evangelical Protestants were the only religious group more likely to believe Christians face discrimination compared to Muslims," Singer cited.

He would know, he was once one of them. He outed himself for "bemoaning anti-Christian bias" wherever he saw it and fighting professors he's heard who shame Christian beliefs.

"These anecdotes made my evangelical student group’s outreach events feel like acts of resistance against those secular forces on campus we thought were out to silence us," he said. When their beliefs were challenged they saw it as some kind of verification of their persecution that Jesus claimed would happen to his followers in Biblical chapters like Matthew and John.

"I remember telling my brethren from other campuses that my university was a 'dark place' with very few Christians who took their faith seriously," he wrote. "It wasn’t until I started making friends with people of minority religious traditions that I began to reevaluate the premise that devout Christians are an endangered species in America that require special protection."

He recalled making friends with a Muslim woman who was mocked in public not for anything she did or said but for wearing a hijab. She said she always felt unsafe walking somewhere alone or sitting in her car.

"If Jesus’s life was dedicated to the 'interests of others' (Phil. 2:4), why was I so absorbed with making fortifications against secularism and alternative worldviews? What was I so afraid of?" he asked.

He quickly met students of color who were people of faith but faced more bullying for their ethnicity than their faith. Muslims, Hindus and Buddhist students were asked to speak to their class "on behalf of all in your faith."

"While Christianity was made to look rational even when critiqued, their beliefs were subtly dismissed as primal and backwards, not even worth entertaining," he discovered. "Even if Christianity wasn’t being preached or praised, it received deference in ways that most Christians have taken for granted: holidays in the academic calendar, food offerings, school rituals and symbols, prayers at events, and even the privilege of gaining a hearing when they felt unfairly treated."

He realized the idea of being "persecuted" wasn't exactly the reality and that others were being attacked for a variety of reasons. Singer was slapped in the face with his privileges as a Christian American. He assumed he would receive a kind of respect and esteem for his faith while others saw the opposite. He never saw the contradiction in his demands for respect while Jesus Christ taught the importance of caring for others.

While white students at Liberty University might be warned about their persecution, there are actual Christians facing violence at the hands of ISIS and Boko Haram militants. On Easter Sunday, 258 Christians were killed when their churches were bombed. Singer encouraged American Christians to get a clue. Awkward questions or uncomfortable debates about faith isn't "persecution." It's the "tamest form of criticism," he said.

"When evangelicals respond by retreating into their enclaves, groaning about the culture, and flexing their privileges, they are signaling where their treasure lies," he wrote. "More than convincing me to ditch my evangelical persecution complex, my religious minority friends challenged me to remember what first drew me to the Christian faith; not that I was promised a life of fairness, but that in the life of Jesus, I would find the power to live for others."