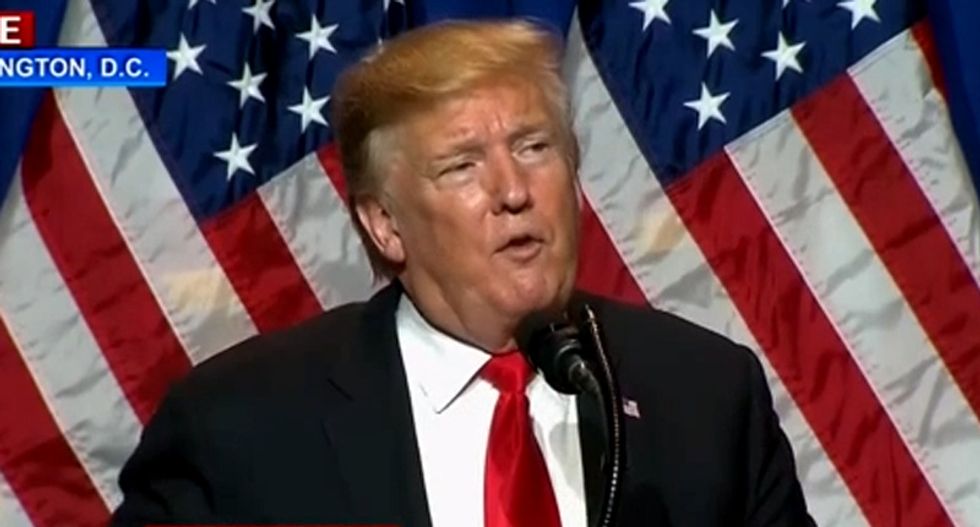 During her analysis, she compared the Republican Party's inability to stand up to President Donald Trump's worst impulses with the fear that people felt criticizing the Communist Party in the former Soviet Union — noting that even though we enjoy numerous political freedoms that the Soviets lacked, Republicans are acting as if they don't.

"[Amash] clearly took his time in reading the Mueller report," said Golodryga. "It's not as if he came out with the day or two or a week after the report came out. It speaks volumes to where the country is right now when you get a standing ovation for speaking your mind in a free democratic country."

"This isn't Soviet Russia, the Soviet Union, where you have a dictatorship and people are afraid to speak out against their leader," Golodryga continued. "Yet we find ourselves in a position where many people in the president's party, at least, publicly, will not say what every reporter at this network can confirm hearing when they speak to many of them behind closed doors. That they disagree with the president on his rhetoric. They disagree with the president on certain policy issues."

"They disagree with the president's behavior as outlined in the Mueller report, yet, as divided as we are as a nation, it is very difficult for them or they feel to speak out publicly that way," said Golodryga.