CNN blows the lid off a Trump scam that got family to pay $400,000 for a literal hole in the ground 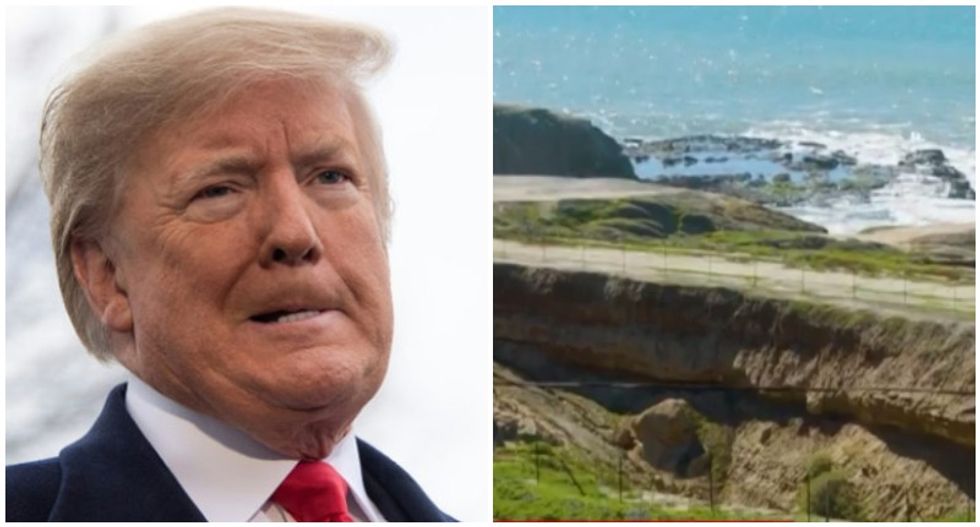 President Donald Trump, left, and a hole in the ground, right.

CNN's Erin Burnett this week has blown the lid off a scam involving President Donald Trump that saw a California family fork over $400,000 for what they thought would be a luxury condo at a Trump resort -- but that turned out to be a literal hole in the ground.

In her report, Burnett talked with a woman named Sandra Sapol, who in 2006 bought a condo at what was supposed to be a new Trump-branded property called the Trump Ocean Resort Baja Mexico.

Sapol said that a woman selling condos at the resort met with her and showed her brochures of what the resort would look like -- and they came complete with an endorsement from Trump himself that guaranteed people would have "the time of their lives" at his new resort.

But the resort was never built and Sapol lost all the money she invested. On the site of where the hotel was supposed to be constructed is a giant hole in the ground -- and nothing more.

"There's my hole!" Sapol said while choking back tears. "That's what I bought, my hole!"

Burnett went on to explain how the people selling the condos were using Trump's brand under a licensing deal under which they misled buyers into believing they were buying property directly from Trump himself.

"In the brochure, it says, 'Developed by one of the most respected names in real estate, Donald J. Trump,'" Burnett explained. "In fact, here's a letter from the developer and Donald Trump's name is at the bottom!"

"This looks deliberately misleading because the president's signature... is right on the bottom of the letter!" commented CNN host Jim Sciutto.