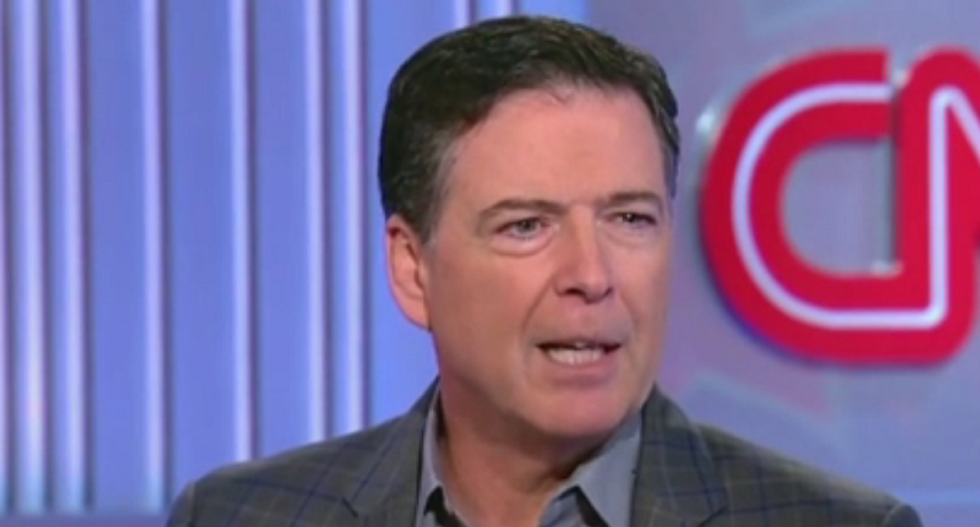 During Thursday's CNN town hall, former FBI Director James Comey stated that he believes President Donald Trump had criminal intent to obstruct justice based on the evidence outlined in special counsel Robert Mueller's report — and that had Trump been anyone other than the president, he would have been charged.

"Based on your firing and attempted firing of other DOJ officials and the debate over whether or not this constitutes obstruction of justice, as a former prosecutor and FBI director, where do you think the line should be drawn between executive power and obstruction of justice?" asked Georgetown University graduate student Trevor Lyons.

"So the question is, did the president act in a way that manifested a corrupt intent — not the discharge of his constitutional duties, but a corrupt intent to interfere with an ongoing proceeding or to intimidate or tamper with a witness?" said Comey. "That's a factual question. There's a whole lot of facts laid out in Bob Mueller's report that raise serious questions about whether there's a chargeable case for obstruction and witness tampering against this president."

"Do you think he had criminal intent, based on what you have seen now in the Mueller report?" asked moderator Anderson Cooper.

"It sure looks like he did in connection with a couple episodes," said Comey. "The direction to Don McGahn to get the special counsel fired is, to my mind, a flaming example ... And I know even the attorney general has said, well, what the president meant was, he wanted Don McGahn to convey his concerns. Well, really? Don McGahn went and called his lawyer, packed his office and said he was going to quit. I don't think that's the reaction of the White House counsel when it's about conveying concerns."

"There are now, what, I think it's up to 800 former federal prosecutors who have worked in both Republican and Democratic administrations who have signed a statement saying that Mueller's findings would have produced obstruction charges against President Trump if he weren't president," said Cooper. "Do you agree?"