Confronting the great American myth: The founders have exactly the society they wanted 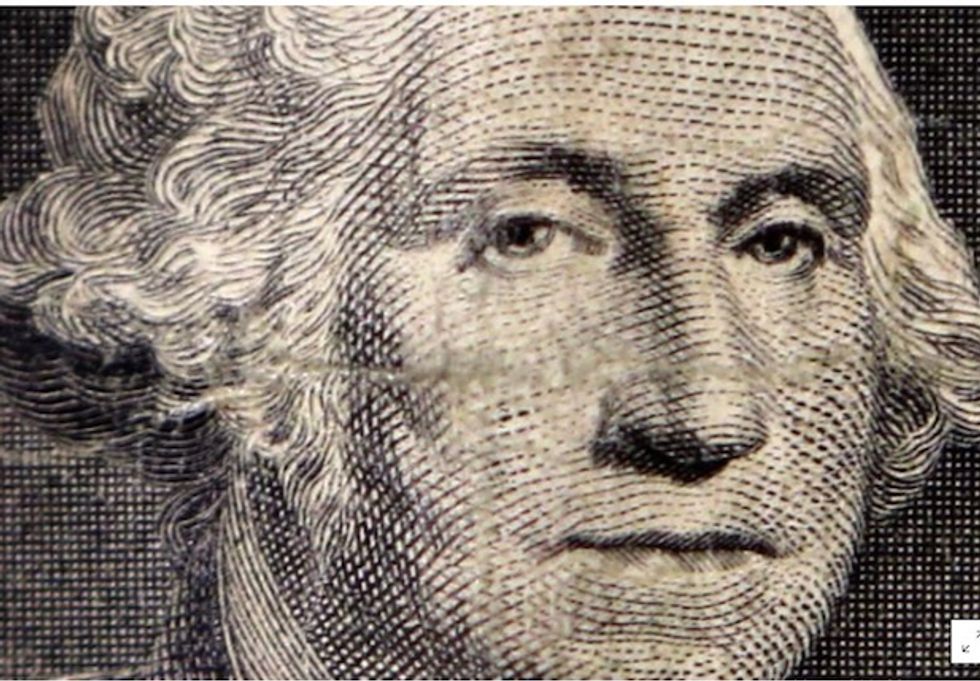 FILE PHOTO - The image of the first U.S. President George Washington on a dollar bill is seen in a photo illustration in Toronto October 15, 2014. REUTERS/Chris Helgren

We grow up in the United States proud of our nation’s historic role in leading humanity’s transition from monarchy to democracy. We rarely ask, however, whether the system we have truly fits the definition of democracy.

The 2018 midterm elections inserted a wave of new political blood into Congress and many state houses—younger, more female, more racially and religiously diverse, less beholden to big money, and attuned to a strong public desire for change.

At the national level, the new representatives of a restless electorate encounter a system in political lockdown, at least until the next election. That makes this is a good time for a serious reality check on what will be required to achieve the democracy we thought we had and a future that truly works for everyone.

In the United States, we grow up schooled in our national mythology: our nation was created as a democracy by brave founders, who crafted a constitution that initiated a global transition from monarchy, and who were driven by a vision that makes the United States a beacon of hope and possibility for the world. We are taught that our laws now and forever must hold to the founders’ original intent.

We are not taught, and it is rarely mentioned, that the Constitution the founders crafted was designed to secure economic power for themselves, and that economic power has been the ultimate foundation of political power for all of human history.

The wealthy White men who stepped forward to lead the war for America’s independence from Britain put their lives and fortunes on the line. Their leadership liberated the original 13 colonies from British rule to birth a new and independent nation. It was not, however, a totally selfless act. In so doing, they also freed themselves from deference to and taxation by the British crown, while positioning themselves to subsequently write the rules by which the new nation would govern itself. They had no intention, however, of sacrificing the privilege that came from their ownership of lands stolen from Native Americans, slaves abducted from Africa, and other commercial, manufacturing, and financial assets that gave them their distinctive social, economic, and political power and privilege.

To the contrary, they wrote the new nation’s Constitution to secure the power and privilege of men like themselves, while securing it against expropriation by any among them who might aspire to be anointed king. By establishing elections of members of Congress and a president, they precluded a hereditary monarchy. But by limiting the vote to White male property owners like themselves, they stripped political power from all but those of their own race, gender, and class.

The original Constitution thus affirmed slavery, secured the rights of property, and limited the vote to White male property owners. Voting rights for other Americans—women, Native Americans, Blacks, and those with no property, including Whites—came slowly and to this day remain to be fully secured.

We could argue about whether the resulting government ever worked for more than a minority of America’s people. Clearly a substantial majority—including most White males—do not feel it is working for them today.

In a 2018 Gallup poll on confidence in U.S. institutions, Congress—the branch of government that is supposed to best represent the will of the American people, and the branch with the power to impeach corrupt presidents and judges—came in rock bottom. Only 11 percent of those polled expressed “a great deal of confidence” or “quite a lot of confidence” in Congress. It is surely no coincidence that Congress is also the branch of government most visibly corrupted by big money political donations and the revolving door between government service and lucrative careers in lobbying for the industries they are charged with regulating.

A recent poll by the Pew Research Center, found that a strong majority of Americans, irrespective of political alignment, consider democratic ideals and values important and believe we fall far short in living up to them. Only 18 percent of Americans feel democracy is working “very well,” while 61 percent feel fundamental changes are needed in the design and structure of the American government. This includes the majority (68 percent) of Democrats and 50 percent of Republicans. Of those that Pew identified as least politically engaged, 71 percent support significant institutional change.

Low turnout rates tend to reflect the mood of the country. The more you feel the system is rigged and the more difficult that system makes it for you to vote, the less likely you are to try.

We are not experiencing a failure of democracy. The failure we experience is the failure of the institutions of a plutocracy. Such a system, structured and managed to secure rule by the rich, is indifferent to the needs of the many. The unusual levels of voter and candidate enthusiasm displayed during the 2018 midterm elections showed the desire to clean up a deeply corrupted political system. But it will take far more than the modest proposals currently on the table to move beyond a two-party duopoly beholden to corporate money. My next column will look at what the transition to an authentic democracy will require.