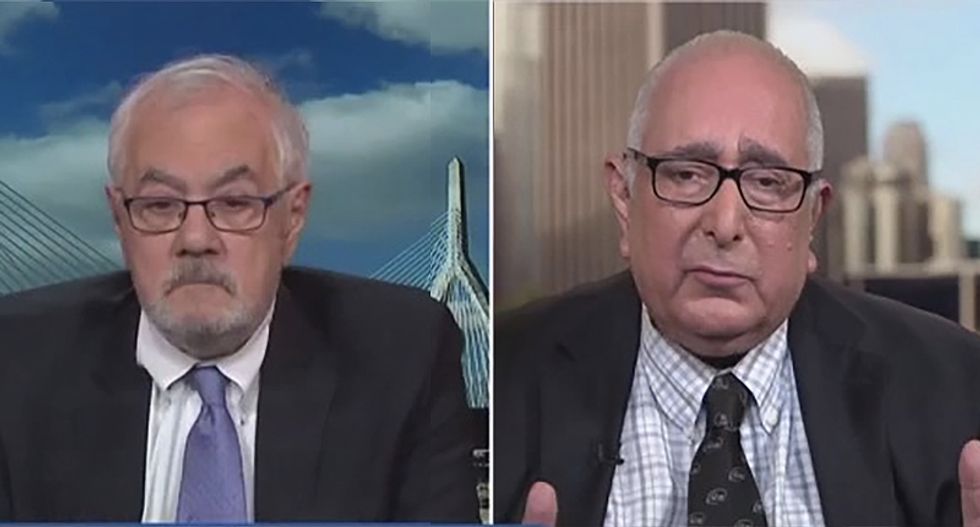 Conservative former actor turned economic commentator Ben Stein seemed to be confused about the long climb of the American economy from one of the worst recessions in history.

During a panel discussion with MSNBC, former Rep. Barney Frank (D-MA) flattened Stein for claiming somehow the economy magically went from a recession into stability.

"Mr. Trump has done a fantastically successful president, especially the policy of making people better off," Stein claimed. "We have an incredibly prosperous economy beyond what anyone would have thought. A prediction of a depression and the stock market crash. None of that happened. Autodemocrats predicted catastrophe. Yes. He has had some policy failures. Closing the southern border was a failure. In terms of policy, he’s done great and fairness in the economy? I don’t know what he means by that. What does fairness in the economy mean? People have a chance; people can go to college. People can go to junior college. Very low unemployment. Especially among minority groups."

Frank, who helped author the landmark legislation that slapped Wall Street with ethical regulations after the 2007 crash, set Stein straight.

"By fairness, I mean exactly that. I think Donald Trump and I on the same side, as opposed to Mr. Stein," Frank explained. "His campaign in 2016 was based on an argument that economic growth is gone disproportionately to a small number, that has been unfair to a lot of working people. That people who work for a living without having an advanced degree have been disadvantaged, and Trump did not change."

His example was the $2 trillion infrastructure plan. Trump has claimed it would be a way to put people to work and improve the productivity of the economy. Virtually a huge stimulus package that would result in fixing significant problems in roads, bridges, and plumbing in the United States.

"That $2 trillion isn’t available because President Trump did it in tax cuts where wealthier people were favored much more in percentage terms than people not," he continued. "And by fairness, I mean changing the pattern that helped President Trump get elected. Through economy, trade, globalization, growing in a way that unfairly gives an overwhelming chunk of the growth to a small percentage of people and leaves most people not much better off."

"Mr. Trump has done things as this economy, and I don’t know how," Stein retorted. "Frankly, I don’t know what the magic was. But somehow he’s done something that’s made this economy grow like a toadstool after a rainstorm."

Trump inherited a booming economy with all trends heading upward. Trump has managed to stay the course and hasn't messed things up because he hasn't been able to pass any meaningful legislation except the GOP tax cut. That gave a huge jolt to companies and the stock markets, but not to Americans. Workers were given a two cent raise on average after the GOP tax cut bill, 2018 data revealed.

The most recent data revealed far worse numbers. Out of all Fortune 500 companies, only 4.3 percent of workers received or will receive a one-time bonus or wage increase as a result of the GOP's tax cuts. Most businesses spent their GOP tax cuts on stock buybacks, Americans for Tax Fairness said in an analysis.