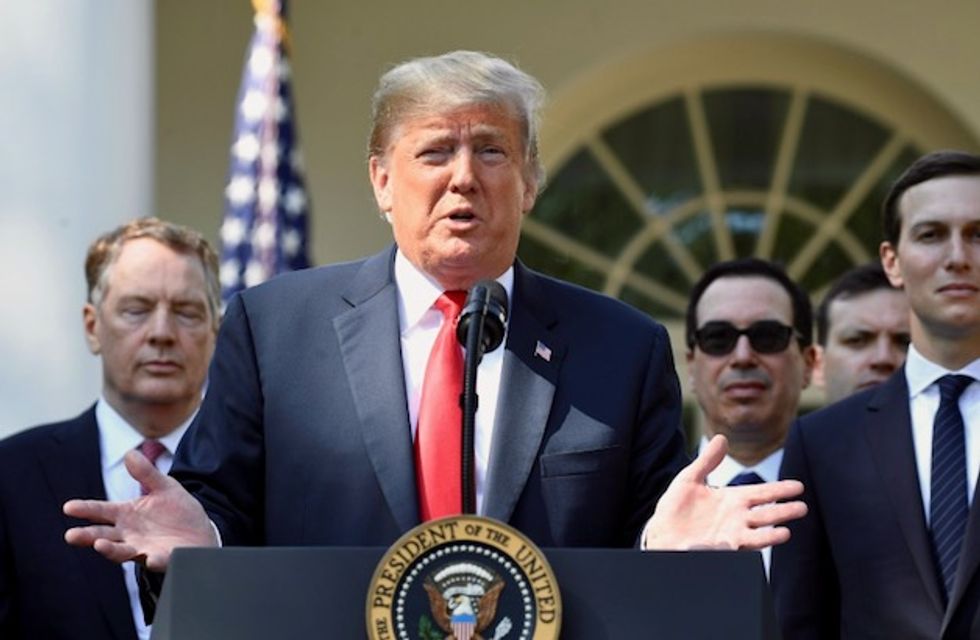 Wednesday, May 29, 2019, will be remembered as the day in which Special Counsel Robert Mueller spoke publicly for the first time since being appointed to head the Russia probe in 2017. Mueller, speaking for ten minutes in Washington, D.C., discussed his final report for his investigation — and conservative journalist David Frum, following Mueller’s speech, urges Americans to go back and read the report and see for themselves how “damning” of President Donald Trump it is.

During Mueller’s speech, Frum notes, the special counsel said of his report, “We chose those words carefully, and the work speaks for itself.” And, Frum asserts, “the words of the report are damning.”

Mueller, on Wednesday, stressed that the Russian government went to great lengths to interfere in the 2016 election and was downright brazen about it. And the special counsel, Frum points out, made that abundantly clear in his report — which states that “the Russian government interfered in the 2016 presidential election in sweeping and systematic fashion” and “favored presidential candidate Donald J. Trump and disparaged presidential candidate Hillary Clinton.”

On Wednesday, Mueller explained that the 2016 Trump campaign’s interactions with Russians did not rise to the level of a full-fledged criminal conspiracy. But Frum notes that Mueller’s report states that “the social media campaign and the GRU hacking operations coincided with a series of contacts between Trump Campaign officials and individuals with ties to the Russian government.” And those contacts, Frum adds, “were covered up by a series of lies, both to the special counsel and to Congress. Lying by the Trump campaign successfully obscured much of what happened in 2016.”

Mueller stated on Wednesday that he did not draw a conclusion on whether or not President Trump committed obstruction of justice during the Russia investigation, and that he honored the policy of not bringing criminal charges against a sitting U.S. president. But Frum, quoting Mueller’s report, asserts that Trump did everything he could to undermine the special counsel’s investigation and was “brazen” about it.

For example, Frum quotes Mueller’s report as saying, “the President engaged in a second phase of conduct, involving public attacks on the investigation, non-public efforts to control it, and efforts in both public and private to encourage witnesses not to cooperate with the investigation.”