Could the fabled Orient Express take to the rails again? 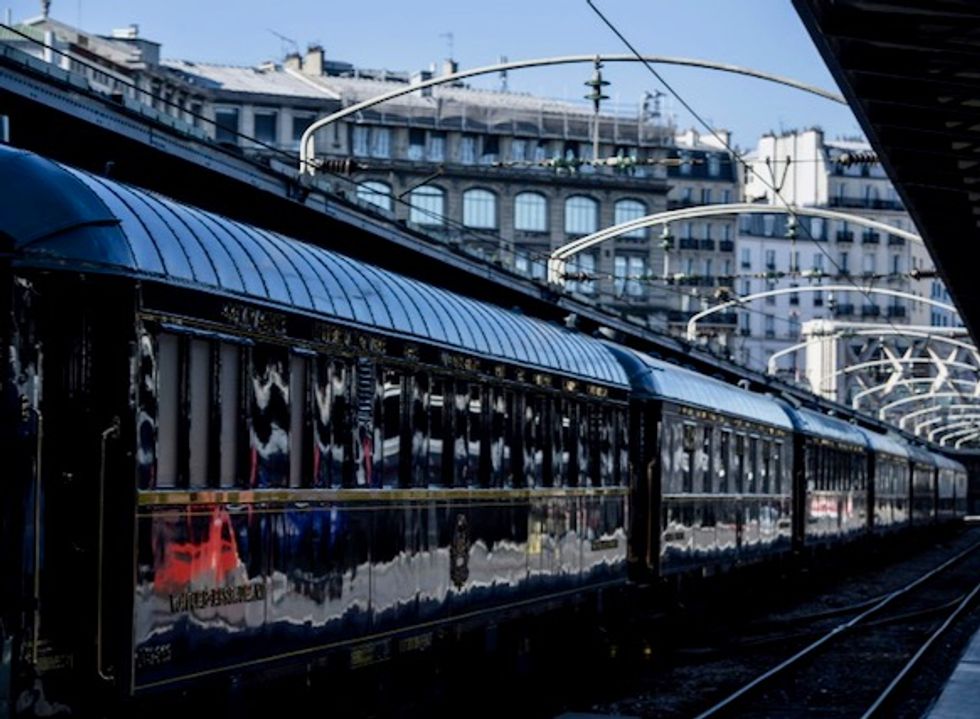 It conjures up the atmosphere of rail travel from a bygone golden age, steaming through Europe experiencing top-notch cuisine and the company of fellow passengers who could be writers or spies.

And who knows, maybe a mysterious murder along the way deep in the night...

The last true Orient Express travelled from Paris to Istanbul in 1977, drawing the curtain on almost a century of taking travellers on the fabled route from western Europe to the shores of the Bosphorus in Turkey.

AFP / Christophe ARCHAMBAULT An Orient Express corridor, the kind immortalized by Agatha Christie and other writers

The brand name was acquired by French rail operator SNCF which has now, at huge expense, restored original Orient Express carriages and is mulling re-launching the service.

SNCF is this week exhibiting seven original carriages at Gare de l'Est station in Paris which have been returned to their original splendour after seven years of restoration.

Three are dining cars which were used on the actual Orient Express in its heyday while the four others were used on routes run by the company in the south of France and other European routes.

The cars display the height of luxury with plush armchairs for seats, immaculately varnished wooden tables and art deco fittings.

AFP / Christophe ARCHAMBAULT The grand interior of one of the restored carriages, complete with art deco fittings

SNCF picked up the brand from la Compagnie internationale des wagons-lits (CIWL), after the Orient Express service stopped in 1977, but barely exploited it until it began restoring the carriages from 2011.

"To restore them, we went into our archives to find the original plans or samples of tissues and so forth," said Guillaume de Saint Lager, the executive director of Orient Express.

For SNCF chief executive Guillaume Pepy the display at the Gare de l'Est could be the start of a new beginning for the Orient Express.

"It is clearly a big investment, some 14 million euros ($15.6 million), but it is an investment in railway heritage," said Pepy.

"They are a shop window for the expertise of the SNCF in preserving heritage."

After intense research, the SNCF found historic Orient Express carriages in a siding in Poland close to the border with Belarus and can now boast a set of 16 carriages -- including 9 sleeping cars and four saloons.

SNCF last year sold 50.1 percent in the company holding the rights to the Orient Express brand to French hotel group Accor, which wants to open luxury hotels under the name.

Meanwhile the Venice Simplon-Orient-Express -- a privately owned luxury train first established by an American entrepreneur in the 1980s -- currently plies a route between Calais in northern France, Paris, Verona and Venice in Italy.

An exhibition at Paris' Museum of the Arab World in 2014 on the Orient Express proved a smash hit and encouraged SNCF to restore the carriages.

"Our aim is to have the Orient Express on the rails all around Europe," said Pepy.

But whether a re-launched Orient Express will again steam between Paris and Istanbul remains to be seen.

"We need to look at the state of the carriages and see under what conditions they could travel again and how they could be brought in line with the security specifications that exist in Europe," Pepy said.

"We are doing the technical work now and hope we can have a positive decision this summer," he added.