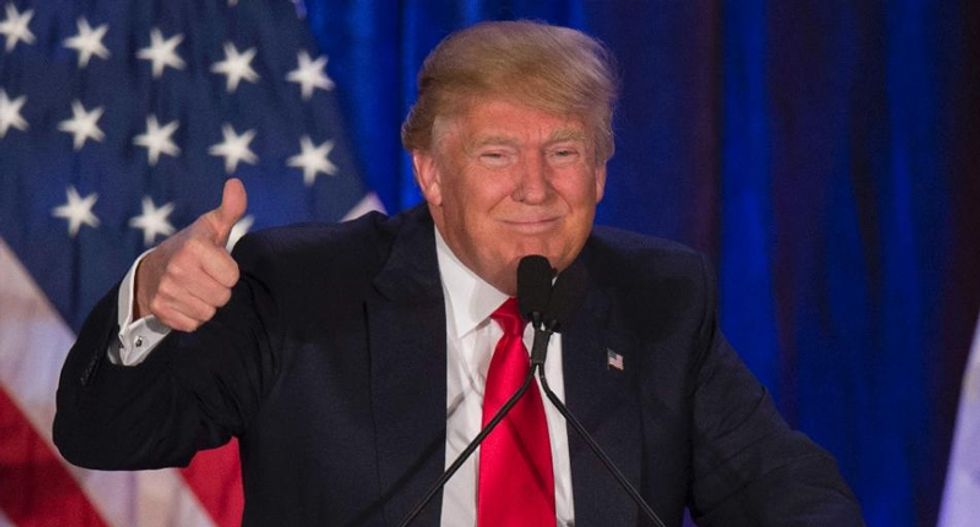 President Donald Trump's opposition to a Massachusetts casino is being supported by a racist advertising campaign, The Daily Beast reported Tuesday.

"A racist ad targeting Sen. Elizabeth Warren (D-MA) and an obscure bill to allow a Native American tribe to open a casino in Massachusetts is connected to a longtime conservative, dark money operative," The Beast reported.

"The Coalition to Restore American Values has been running ads since November 2018 that, among other things, feature Warren in an Indian headdress and warn against her 'casino plan.' The group is registered to David R. Langdon, a long time culture warrior, in July 2018, according to Ohio state records," The Beast noted.

Trump himself has come out against the legislation.

"Several Trump-connected lobbying groups have been hired on behalf of Twin River Management Group, which owns a Rhode Island-based casino that would compete with Mashpee Wampanoag’s casino if they get the greenlight from Congress," The Beast noted. "One firm hired by Twin River is run by Trump adviser Matt Schlapp, who has, since January, been lobbying Congress and the White House on their behalf. Twin River has paid his firm, Cove Strategies, $30,000 for its work so far this year." 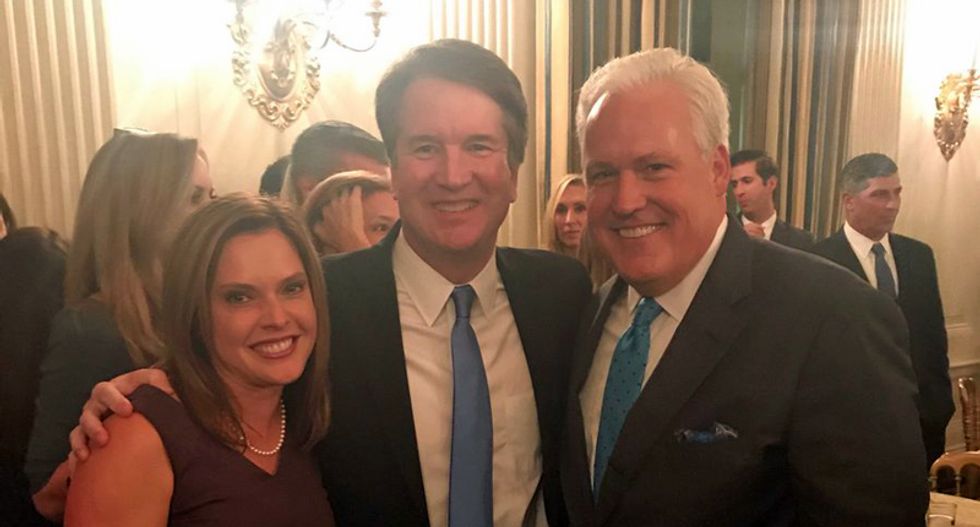 "Warren, who was a co-sponsor of the bill last Congress, is not actually involved in the bill at issue. In fact, the legislation doesn’t even have a Senate companion," The Beast added. 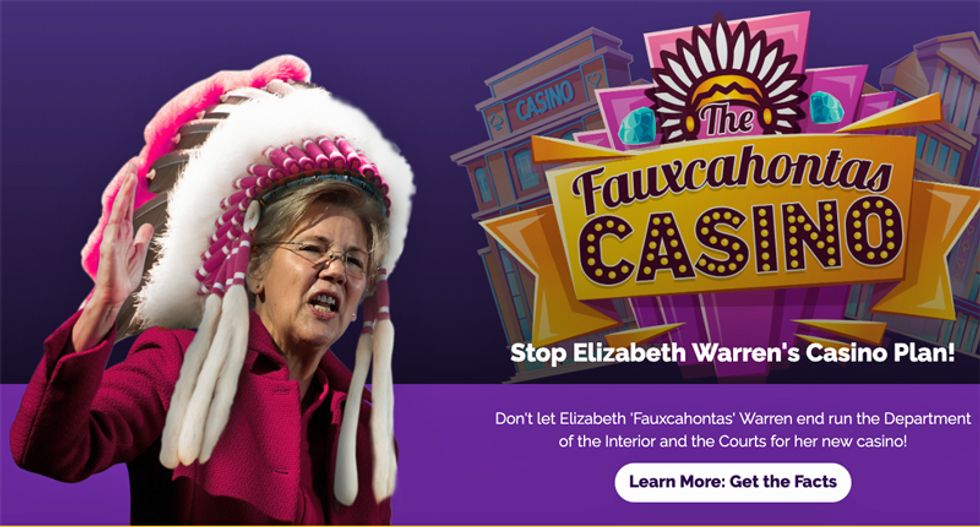