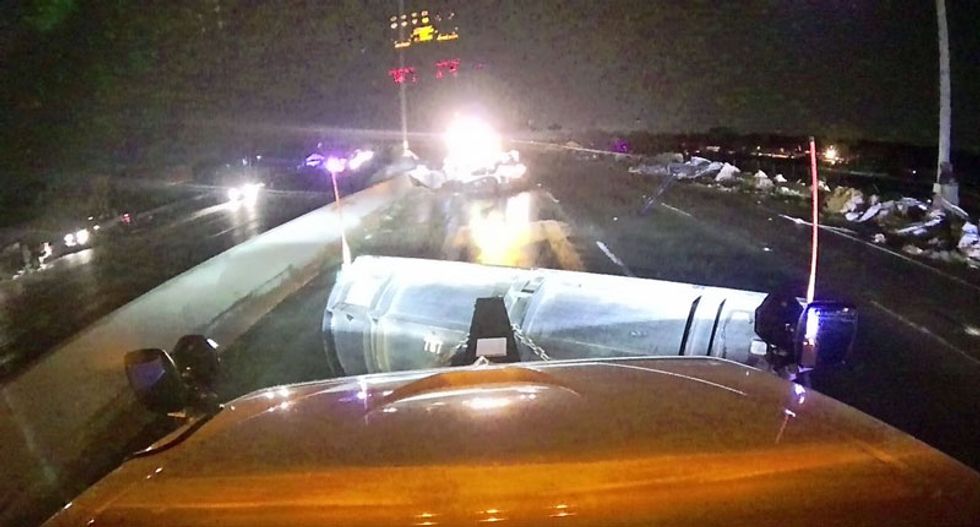 The Ohio Department of Transportation is using snowplows to clear Interstate-75 of debris after a large tornado struck just north of Dayton.

Shocking photos of the storm and aftermath are coming in, here is what some people are sharing on social media:

It’s like reverse Christmas: waiting for daylight so you can see all the destruction ☹️ #Dayton #tornadoemergency
— Amulya Raghuveer (@Amulya Raghuveer)1559015650.0

Unfortunately we are dealing with a major disaster situation in the Dayton Ohio area as a long track tornado has im… https://t.co/rkCGfz3g4D
— RadarOmega (@RadarOmega)1559016574.0

The park across the river from me in Downtown #Dayton had half the power go out. https://t.co/tQgcbPjfyc
— Josh Martinez (@Josh Martinez)1559016690.0