Democrats refusal to pursue impeachment ‘makes them just as cowardly as the Republicans’: Nicolle Wallace 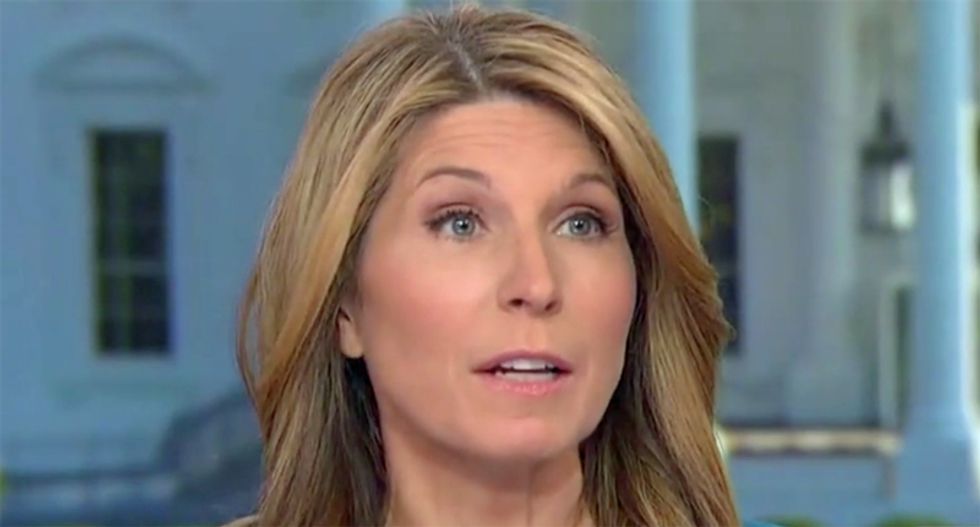 MSNBC anchor Nicolle Wallace explained on Thursday why she does not understand the refusal by Congressional Democrats to pursue the impeachment of President Donald Trump.

Wallace, who has lately referred to herself as a non-practicing Republican, was a top GOP strategist prior to her career in journalism.

"If impeachment were politically popular, I promise you the attack on Democrats would be that they were pursuing it because it was politically expedient," Wallace explained. "If she believes that crimes were committed and that Mueller unearthed them in the second volume of the obstruction report, I don’t understand why the fact that impeachment is polarizing is some sort of -- it makes them just as cowardly as the Republicans."

"Absolutely," replied Princeton Professor Eddie Glaude. "To my mind, it’s an abdication of their Constitutional responsibility."

"It is incumbent on the Democratic Party -- the party that runs the House, the House of the people -- to be the standard bearer of the Constitution, our democracy," he argued. "Plus as a performative contradiction, you can’t tell me on the one hand you’re passing legislation knowing it’s going to die in [Mitch] McConnell’s Senate and tell me, on the other hand, we shouldn’t impeach because it’s going to die in the Senate."

"You think we’re Boo Boo the Fool, when, in fact, what it is at the end of the day you lack courage. If you lack courage in this dark time, our democracy is in peril," Glaude added.

"I am not saying that I’ve decided impeachment is the right thing to do. But there are some statements in politics, if X then Y," Wallace explained. "If X is I believe he committed crimes -- and that’s what Robert Mueller’s obstruction volume shows -- then Y is I’m going to hold him accountable because I’m Congress and that’s my job."

"I don’t see any gray there. I don’t understand why the Democrats are helping the White House fuzz it up," she added.