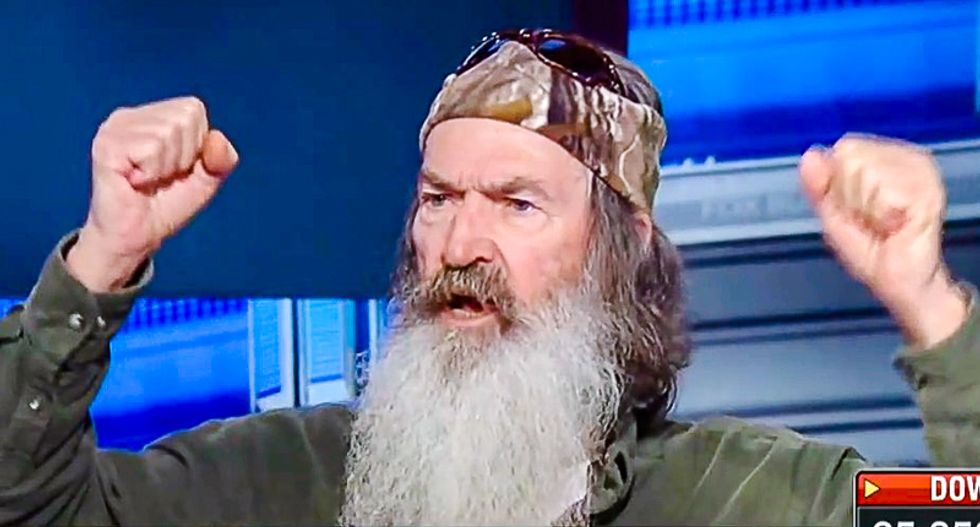 Duck Dynasty star Phil Robertson said that President Donald Trump has done a lot for Christians during an interview with the Todd Starnes Radio Show.

“He has done more for Christianity than any president we’ve had since Reagan for sure, and I say more than Reagan,” he said while promoting his podcast.

His sons Jase Robertson was also on the show.

“They’ve really gone to bat for people of faith,” Jase Robertson said. “I’m one of few people that’s seen what happens when you drain a literal swamp. I mean it’s a mess. "I will say this he is the most transparent president that’s ever been elected.”

Phil Robertson went on to say that people should practice how to forgive Trump.

“We have to learn how to forgive and let’s move on,” he said.