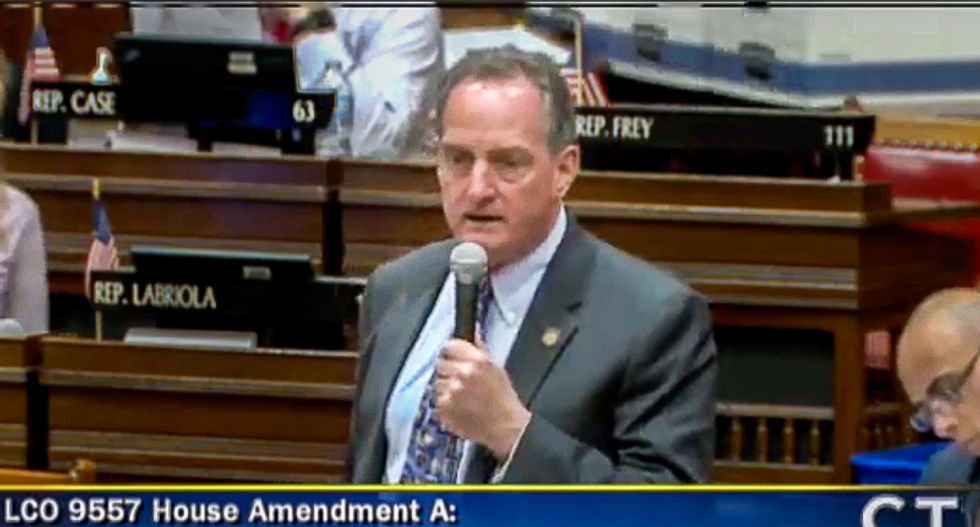 Republicans in the Connecticut House of Representatives fought to kill a bill which would require that teachers follow the Next Generation Science Standards on climate change.

During floor debate on Tuesday, Democrats said that they sought to codify what is currently suggested criteria on climate change. It was the second time the bill had been brought up in past week.

Senior Republican Whip John Piscopo argued that the Next Generation Science Standards are wrong about climate change and he said that humans should be thankful for global warming.

"That's what teachers are going to be mandated to teach," the lawmaker complained. "That's just wrong. I mean, it's just glaringly wrong. There is active scientific debate among scientists and others -- politicians, I guess, today."

"It can't be determined how much global warming is caused by human burning of fossil fuels," he continued. "It's just, on the face of it, wrong. If you see something wrong, why tie teachers hands to debate one side of a debate?"

Piscopo accused his Democratic colleagues of "indoctrination" before thanking God for climate change.

"You're indoctrinating the kids to learn one side of a legitimate scientific debate," he remarked. "The climate does change. We have an ice age every hundred thousand years or so. It takes 10,000 years to get out of an ice age -- about 10,000 years -- and we happen to be enjoying a period of global warming."

"If I was talking to you about 10,000 years ago, we'd be under a half mile of ice right night now," Piscopo added. "So, thank God for global warming."

Watch the video below from CTN.