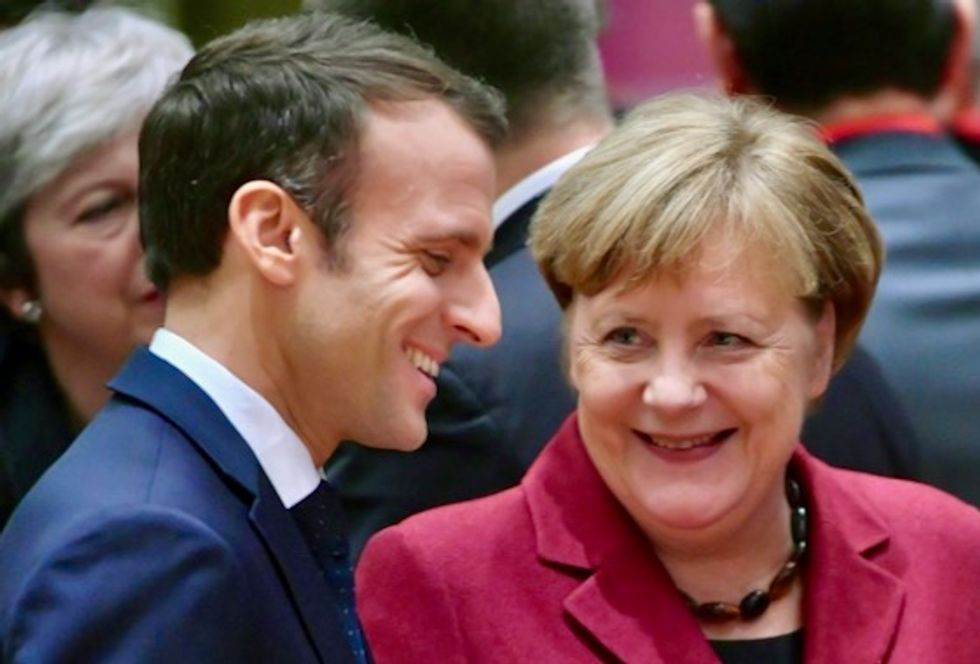 Slovaks and Latvians cast their ballots in EU elections on Saturday as the far right hoped to clinch major gains and deny a pro-Europe victory to French President Emmanuel Macron.

Polls were open in Malta, Slovakia and Latvia, with most of the bloc's 28 member states -- including big players Germany, France and Italy -- to vote on Sunday, with turnout expected to be low.

Polling has shown for months that eurosceptics and the anti-immigration far right could make big gains in the vote, which will also help determine who replaces Jean-Claude Juncker as head of the European Commission as well as other top jobs.

More than 400 million people are eligible to elect 751 members of the European Parliament, with the first official results to be announced late Sunday once voting in all EU countries is over.

France's staunchly pro-European Macron has a big stake in the outcome, hoping to see his centrist Republique en Marche make a strong showing and shake-up EU politics in a direct challenge to the nationalists.

But Marine Le Pen of France's National Rally and Matteo Salvini of Italy's anti-immigrant League want to team-up to disrupt the EU establishment, and are wooing Hungarian Prime Minister Viktor Orban's Fidesz party to join them in parliament.

Salvini's League tops the polls in Italy and Le Pen's RN party has an edge in France, with around 25 percent support against Macron's 22.5 percent.

"Once again Macron is daring us to challenge him. Well let's take him at his word: On May 26, we'll challenge him in the voting booth," Le Pen said at a rally on Friday.

Eurosceptics got a major boost from Britain's Nigel Farage whose Brexit Party, according to polls, will score a resounding victory in the UK.

If that is confirmed, the veteran Brexiteer would likely group with Italy's anti-establishment Five Star movement to become another force to destabilise the Strasbourg, France parliament.

Farage was handed the opportunity when May was forced to hold the EU elections after delaying Brexit beyond the original date of March 29 because of deadlock in the UK parliament over her divorce deal.

However, Europhiles on Thursday got an unexpected boost after exit polls in the Netherlands showed a surprise victory for pro-EU socialists, giving hope to the political mainstream.

Traditional parties also had reason to cheer from an exit poll in Ireland that suggested Prime Minister Leo Varadkar's Fine Gael party, which aligns with the centre-right European People's Party (EPP), was in the lead.

The EPP, which is also home to German Chancellor Angela Merkel's CDU party, will likely emerge once again with the largest share of the vote but perhaps not enough to control parliament in a grand coalition with the socialists as it has done for a generation.

The Greens also claimed a solid result in Ireland raising their hopes for big gains in the wake of growing concern about climate change.

"After the Netherlands, the Green Wave has rolled on to Irish shores," said the party's co-leading candidate Bas Eickhout.

The days following the election will see the launch of elaborate negotiations to determine key positions in the European institutions, with an EU leaders summit on Tuesday to discuss who gets which jobs.

Turnout is as ever a major concern in the EU elections, with voters in Slovakia historically the least interested, having just 13 percent show up for the last polls five years ago.

"The biggest threat to our freedom is not Russia or (Austrian far rightist Heinz-Christian) Strache or Salvini or Le Pen or Orban; the biggest threat is indifference," said Dutchman Frans Timmermans, the lead socialist candidate, at a rally in Vienna.

Disinformation is also a worry, though evidence so far has not revealed the level of meddling by foreign actors seen in the US election of Donald Trump in 2016, EU officials said.

Fearing a wave of fake news the EU's External Action Service has set up a rapid alert system, with a dozen staff, to closely watch social media and warn of possible risks of interference.