Ex-GOP lawmaker doubles down on demand for Trump impeachment: 'This is an illegitimate president' 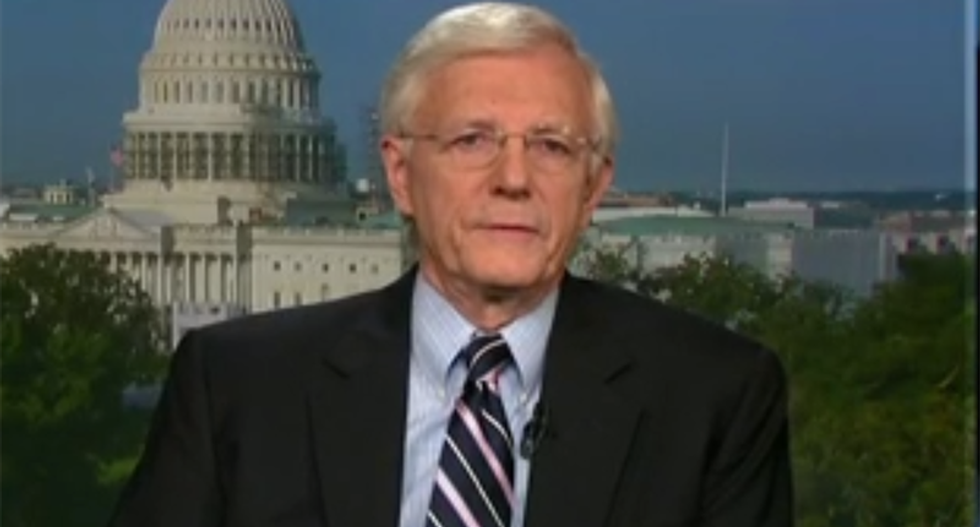 President Donald Trump is an "illegitimate" leader and needs to be impeached, a former Republican congressman argued on Friday.

Former Rep. Tom Coleman (R-MO) published a powerful op-ed in The Kansas City Star laying out the case for impeachment.

"What if House Democrats decide not to embark on impeachment?" Coleman asked in his column.

"If that were the case, I believe the public would conclude Democrats are no better than the Republicans who have enabled Trump for the past two years, putting party above country," Coleman warned. "It could hand Trump a second term."

"Congressman, what is the main reason why are you calling for impeachment now?" Burnet asked.

"I'm calling for impeachment now because the Mueller report is out," Coleman replied. "And in it, he describes ten obstructions of justice charges that he could not bring because of a Department of Justice rule and regulation that says you can’t indict a sitting president. That’s number one."

"Number two, I believe this is an illegitimate president because he welcomed help and influence from the Russians in his campaign," he continued.

Coleman also explained his motivations in speaking out against Trump.

"I'm doing this for three people for sure -- my three granddaughters, because they have a right to live in a country that’s free in a democracy," he explained. "This president is dismantling our democracy everyday brick-by-brick. His actions, his lies, his abuse of power -- all of your whole show was a build up to impeachment, Erin, because of what he does."

"I am so concerned about the risk to our democracy that I’m speaking up," Coleman said. "And I would hope that the people in the Congress who took an oath of office to uphold the Constitution would get that Constitution out again and read it and find out what their responsibilities are as the first article in that Constitution."