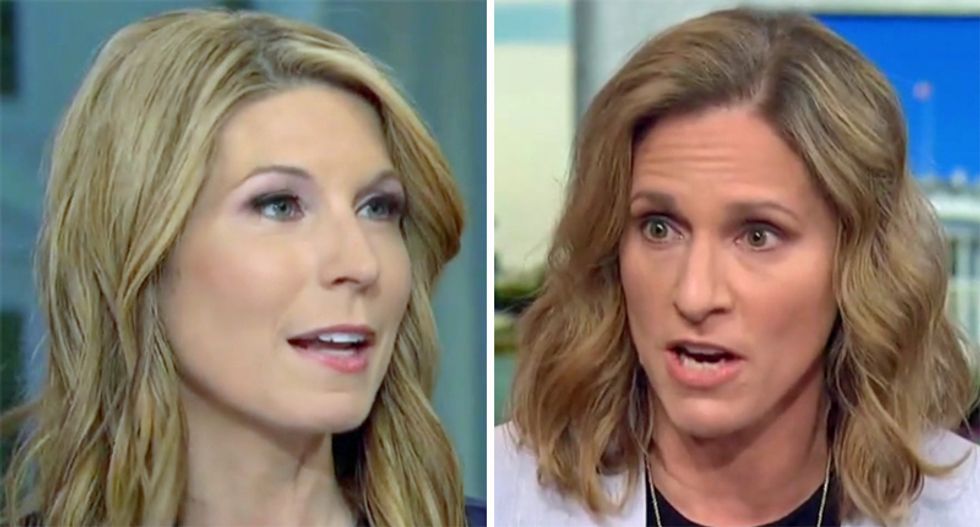 The former chief of the organized crime and racketeering unit at the U.S. Attorney's office in the Southern District of New York explained on MSNBC Friday how President Donald Trump's call with Russian Federation President Vladimir Putin reminded her of what she used to hear listening to mob wiretaps.

"Official after official, when brought up to Capitol Hill, has bemoaned the fact there’s no top-down order to tell Russia to stay out of our democracy," Wallace noted.

"There’s no order," Rocah agreed. "He’s doing the opposite."

"This phone call between Trump and Putin today reminded me of what we would call -- when we were on wires of criminals and listening to their conversations and they didn’t know it -- the 'get your story straight call,'" Rocah replied. "They would do something, they didn’t know we were listening to them after whatever crime they just committed, they robbed a bank or whatever, then they’re on the phone, sort of talking, kind of sort of in code, but it’s a yeah, 'when we went to the store earlier and I bought the milk,' you know, they’re making their cover story, congratulating each other, patting each other on the back, saying 'it’s all good, we made it, we didn’t get caught.' That’s what this reminded me of."

"If you look at the obstruction that Trump, I think, clearly committed, it was obstruction of the investigation into Russia, not just Trump, but into Russia's actions," Rocah suggested. "And that's what this phone call was about."