FLASHBACK: Trump's own mother once proclaimed 'what kind of son have I created' 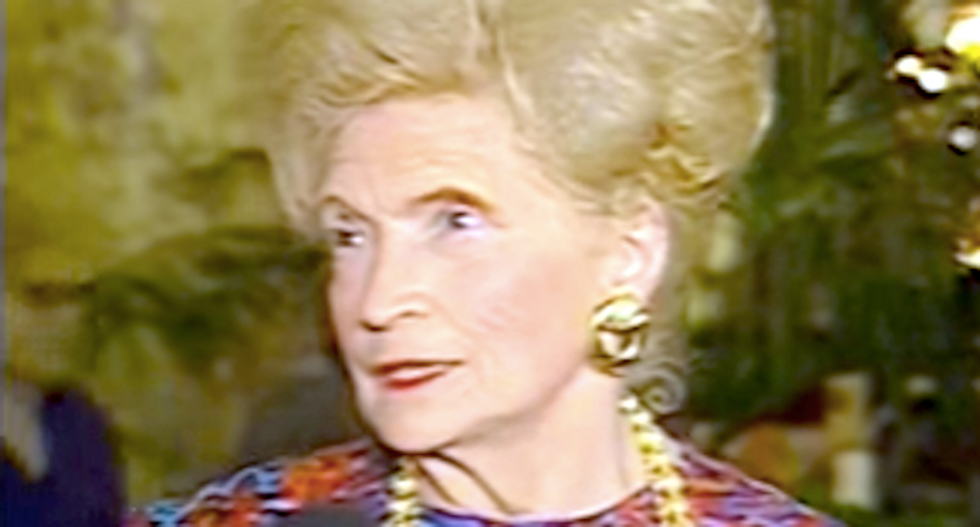 President Donald Trump's mother Mary seemed to have predicted the way that he would impact the world and not necessarily for the best.

The Scottish-born mother died in 2000, but she was already embarrassed by his failed marriages, playboy lifestyle, and business humiliation. Her husband Fred was known for bailing out Trump over and over again, and Mary likely had a ring-side seat to the catastrophes that followed her son.

During the late 1980s, she watched as Trump's very public first divorce threw the Trump family into the news and tabloids. She gave an interview in 1990 to Vanity Fair where friends of the Trump's described that Mary was rarely around but Fred was.

It was in. that interview where Mary Trump was outed for asking Ivana Trump, her soon-to-be-ex-daughter-in-law: “What kind of son have I created?”

Trump has described his mother as "fantastic" and "a homemaker" who "loved it," but it's Fred Trump's photo that sits on his desk.

The Independent noted that psychologists say that mothers are often predictors for the way boys treat women later in life. In Trump's case, it could be the reason for his lousy treatment of women, especially those who stand up to him.

Prudence Gourguechon, from the American Psychoanalytic Association, told Politico: “I’m not talking specifically about any individual, including the president, or his mother.”

A strong relationship with an attentive mother builds up “the capacity to trust, a sense of security versus insecurity [and] knowing what’s real and what’s not real," said Prudence Gourguechon, from the American Psychoanalytic Association. “Your mother helps you identify your feelings and develop a cognitive structure, so you don’t have to act on them immediately. And I think it’s fair to say that the capacity for empathy develops through your maternal relationship.”

It's unclear if this was the reason Trump had little to say on Mother's Day.