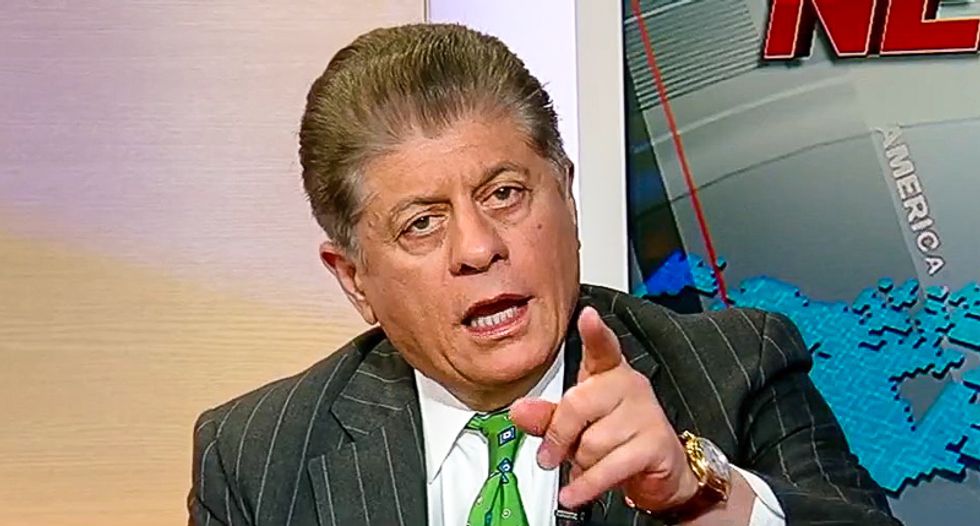 Fox News legal analyst Andrew Napolitano has been increasingly outspoken in opposing President Donald Trump on certain key issues. In a new video for Fox News on Friday, he continued his criticism of the president, arguing that he is violating the separation of powers.

Just in the last week, he said, Trump has exceeded the powers of the executive branch on at least three occasions.

“The president can’t write the laws, the Congress can’t put somebody on trial, and the courts can’t determine tax rates,” he said. “That is, at least, the theory of the Constitution.”

He noted that over the course of decades, presidents have been seizing more power and Congress has been letting them. Trump is continuing this “very dangerous trend,” he said.

“Earlier this week, the president of the United States directed Patrick Shanahan, the acting secretary of Defense, not to purchase a missile defense system that Congress has authorized and directed him to purchase — and at the time of that authorization, President Trump agreed with it— but to take that money from the missile defense system and use it to build a fence at the Texas-Mexico border,” he said.

Napolitano said you can question building a fence as policy, “but he asked the Congress for the money, and the Congress said no. And he took the money anyway. That violates the separation of powers.”

Trump’s order to Shanahan to direct troops to secure the border likewise violated the separation of powers, Napolitano argued, because U.S. law prohibits using the military in this way. And the legal analyst also noted that Trump unilaterally raised taxes with his new tariffs on China. Despite Trump’s claims to the contrary, the tariffs raise prices for American consumers, thus placing a tax on them.