'He should be worried': Ex-FBI agent explains why Don Jr. has more legal exposure than other Trump allies 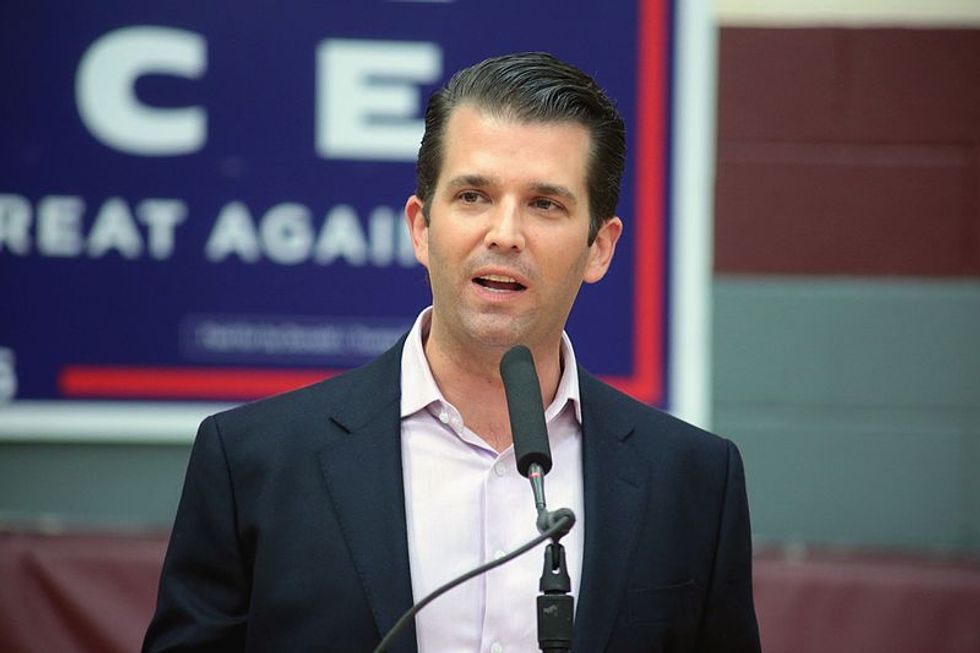 On Wednesday, the Senate Intelligence Committee issued a bipartisan subpoena for testimony from Donald Trump Jr., who is considering exercising his Fifth Amendment rights to avoid testimony.

"He should definitely be worried, Erin," said Rangappa. "He's already testified under oath and has certain answers on the record, and so those are by the way, at odds with much of the evidence that Mueller discovered."

"For example, the Trump Tower Moscow deal," said Rangappa. "What Don Jr. said about his knowledge and timing of that is inconsistent with what was in fact true, and what later Michael Cohen was charged with lying to Congress about himself. So he definitely has a problem."

"He, by the way, doesn't have have any protection from things like executive privilege," Rangappa added. "He is not part of this administration, he can't benefit from those things. So he does have exposure at a criminal level, potentially."