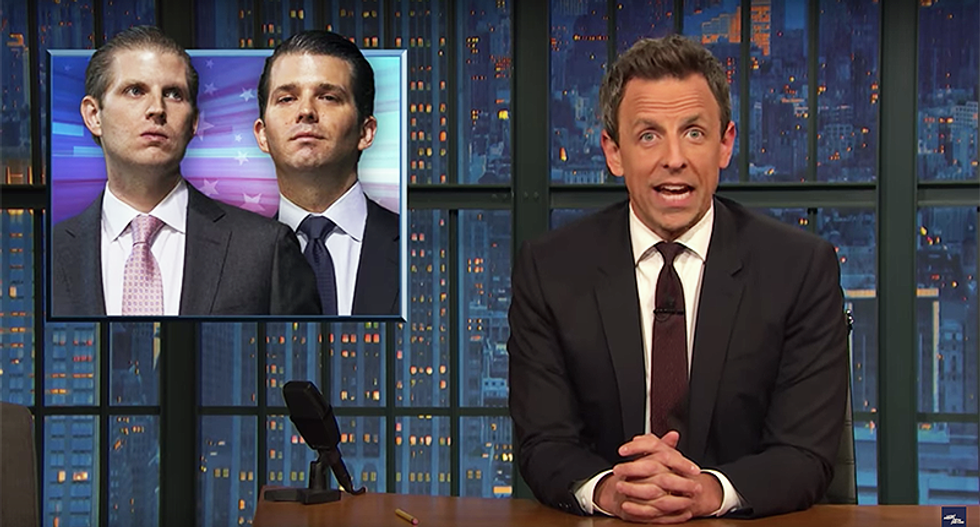 Donald Trump Jr. and his brother Eric might not have really seen the light of day for years given their father's parenting style.

First, he began by taking issue with Trump's characterization of the trade war as a "squabble."

"A squabble is not the way you describe a trade war with the second most powerful economy in the world," Meyers explained. "That's language your dad uses when he explains why he's been sleeping at a motel for the past few weeks. 'Your mom and I are having a little squabble over a photo of Daddy at the big boys party with a lady who popped out of a cake."

Meters showed a comment from Sen. Sherrod Brown (D-OH), who explained that tariffs are generally used as a temporary solution and a means to an end, not the end itself.

"Yeah, tariffs are supposed to be a temporary punishment, not a permanent solution," Meyers reiterated. It's like if your kid doesn't do their chores you tell them to go to their room for an hour. You make 30 years."

Meyers noted that's probably why Eric and Don Jr. probably look the way they do.