Hillary Clinton says Trump is marching America on ‘the road to tyranny’: ‘That is what authoritarians believe’ 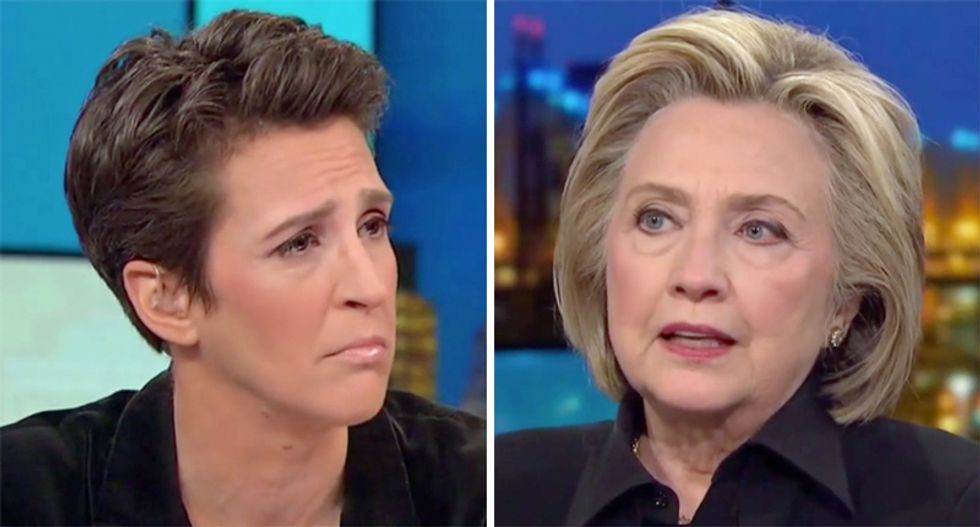 "In terms of Barr’s performance today and what we have learned, including from Mueller himself about how Barr has handled the results of Mueller’s investigation thus far, would you call this an attempted cover-up?" Maddow asked. "Would you say that Barr is handling Mueller’s findings in a way that are — that is dishonest, that is inappropriate, that is something that ought to as many Democrats said today, cause him to resign, that should potentially leave him open to the prospect of impeachment himself."

"How do you assess the severity of Barr’s misbehavior here?" Maddow asked.

"Well, I think it is incredibly severe because I think he is doing the job he was hired to do," Clinton replied. "He auditioned for the job with his 19-page memo basically saying there is no such thing as obstruction of justice when it comes to a president. He was hired to make sure that was a reality."

"And that is the road to tyranny," Clinton replied.

"That is what authoritarians believe and those who service them argue," Clinton argued.

"And that makes the role of the House even more important, because when you have high-ranking officials in this administration jockeying to do the president’s bidding so that they protect him as opposed to protect the rule of law, then the burden falls particularly heavy on the House -- and especially on the Judiciary Committee -- to be the vehicle that says wait a minute, this is not partisan, this goes to the core of whether we are a nation of laws or a nation of men and strong men at that," Clinton explained.

"So I’m very, very concerned about this argument that we heard made today," she added. "And it was incredibly arrogant."