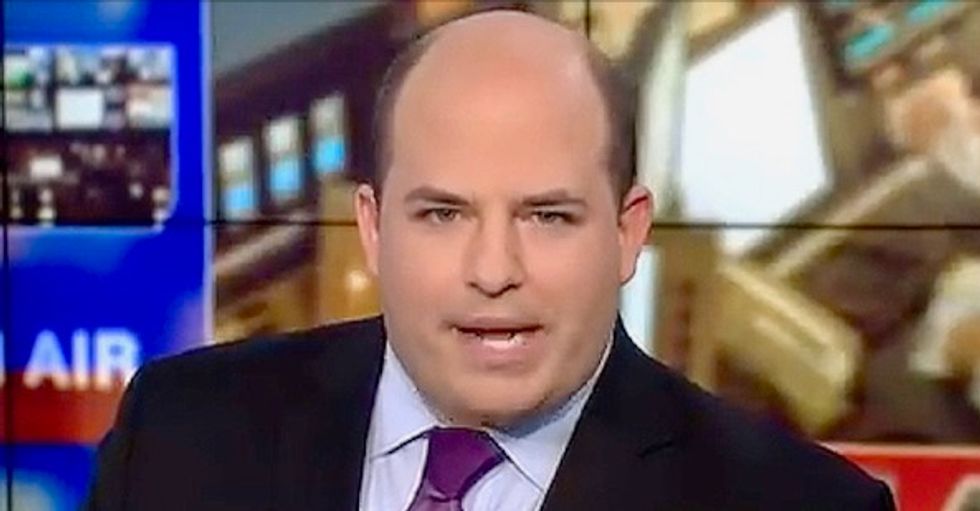 Nearly a year ago CNN anchor and media expert Brian Stelter blasted a popular feminist, activist, and author who has been warning of the increase in authoritarianism under Trump.

In June of 2018 Stelter fervently challenged a tweet from Amy Siskind that warned, "We are a few steps from The Handmaids Tale."

We are not "a few steps from The Handmaids Tale." I don't think this kind of fear-mongering helps anybody. https://t.co/EmxDNNeeML
— Brian Stelter (@Brian Stelter)1530034496.0

Alabama becomes the latest state to pass an extremist anti-abortion law, in this case outlawing all abortion from the point of conception, imposing penalties of up to 99 years in jail for doctors who perform abortions, except in the case of extreme harm to the mother's health. There is not even any exception for rape or incest.

Steleter is getting roundly scorched and scolded for dismissing Siskind's warning.

Perfect example of how some in MSM failed us and allowed this Authoritarian to rise. They have been normalizing so… https://t.co/cbTUKJDUjP
— Olga Lautman (@Olga Lautman)1557895507.0

Nearly a year later, where are you on this on the night the Alabama Senate passed the most extreme abortion ban in… https://t.co/RMFe4U6xlP
— Ashton Pittman (@Ashton Pittman)1557889967.0