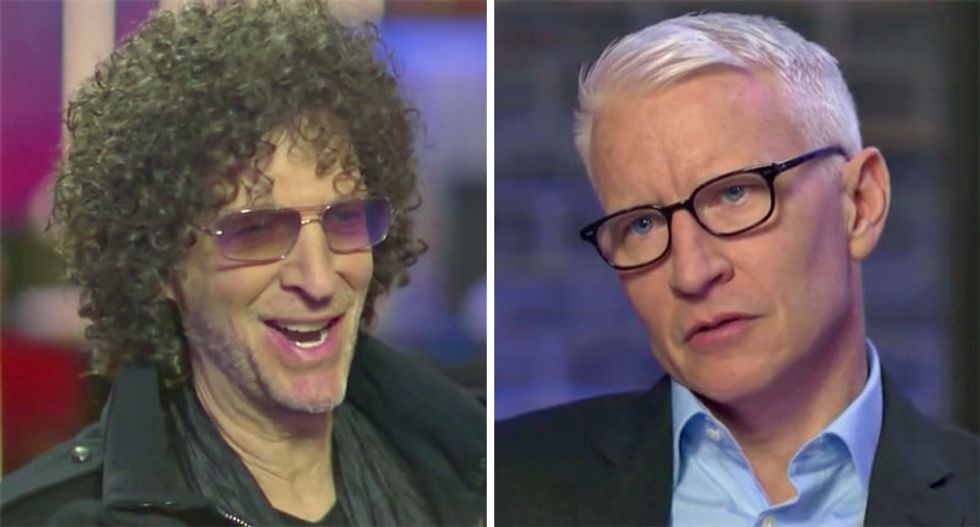 The satellite radio host was interviewed by CNN's Anderson Cooper about his long career in radio -- and his long personal relationship with Donald Trump.

Stern explained why he was hoping Trump would invite him to Camp David.

"The only thing I really wanted was I him to take me to Camp David. Because I — my father and I used to joke about this, that if the American public got a good look at Camp David there'd be a revolution in this country," Stern said. "That presidents should not be treated like kings and shouldn't have retreats."

"They should be in the Oval Office working. What is this Camp David and what is going on over there and who the Hell is paying the bills?" he wondered.

"We cannot treat our presidents like kings," Stern said. "I always say the greatest presidents were George Washington, because they said, 'Do you want to be king? And he goes, 'Are you jackasses? We just fought a whole war over this, you're going to make me the king?'"

"Do you think Trump wants to be king?" Cooper asked.

"I think Trump would love to be king," Stern replied. "Then it might be fun, you know, 'Off with their head.'"

"You think he has those tendencies?

"Of course he does," Stern replied. "We all know Donald, he would love to rule the land with an iron fist."