'If you're going to go after the king -- you best get it': Rick Wilson warns Pelosi to suit up for impeachment 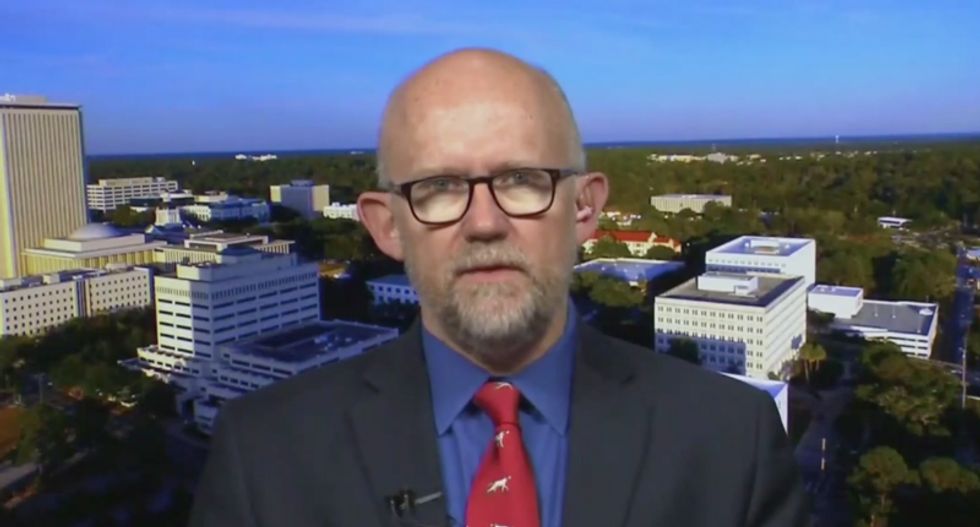 During a panel discussion with CNN's Don Lemon, American University history Professor Allan Lichtman explained that impeachment is not only the moral way to hold a president accountable, but it's also Constitutional.

"There are a lot of scandals swirling around and investigations and half a dozen different committees, but that plays flight to Trump's hands because he is so good at deflection, distraction and obstruction," said Lichtman.

Impeachment, however, is different.

"It would nail down a critical key on my system of 13 keys," he explained, citing his list of predictors for a presidential election. "It takes six keys to count out the president, and he only has three keys down now. Impeachment would be a fourth key and perhaps trigger other keys like a contest for his renomination."

He argued that impeachment is different because it focuses everything into one specific committee.

"Articles of impeachment are not allegations," he explained. "The report is a formal process where the House is pointing a finger and saying, 'We believe Donald Trump, you are guilty of these high crimes and misdemeanors and then you get a trial in the Senate which everyone is forgetting about. That's what is so critical."

Thus far, Trump hasn't got enough "keys" to take him down, Lichtman said.

When it comes to taking down Trump, however, Wilson explained that Speaker Nancy Pelosi understands "you can't shame the shameless."

"You can't use normal moral-suasion against this guy because he doesn't have any morals," Wilson continued. "If you're going to go after him, if you're going to go after the king, you best get it. And in this case, she knows she gets one shot at all this. If she blows it, they won't get him in the Senate, which is a huge factor here. If they don't do the thing correctly in the House, they never get to go after him again on any of this. He will romp on this and say I've been completely cleared. They couldn't impeach me. You're done. So she knows she has one shot to make this work."

Lichtman completely disagreed, saying it was a complete abdication of the oversight role for Congress. "But it's absolutely awful politics," he said.

"The one thing I do agree is you can't shame this guy, you can't embarrass him," Lichtman continued. "Allegations mean nothing. You've got to strike at his brand and his power. And the only way to do that is the proper constitutional procedure of impeachment."

Rick Wilson attempted to cut in, but Lichtman tried to finish, noting he wasn't saying to impeach tomorrow but to begin the three-step process.

"My point, Allen is you start a whole series of things that there the predicates for impeachment," Wilson countered. "You make the investigations broad spectrum. You hold people to account and what you're doing is making the life of — it in the backseat of a cop car. You're not holding anyone to account unless you have a formal process. He doesn't care about court decisions. He only cares about himself, his power, his legacy, his brand. The only way to hit that is for the House to assume its constitutional responsibilities. Otherwise, you might as well forget the separation of powers."