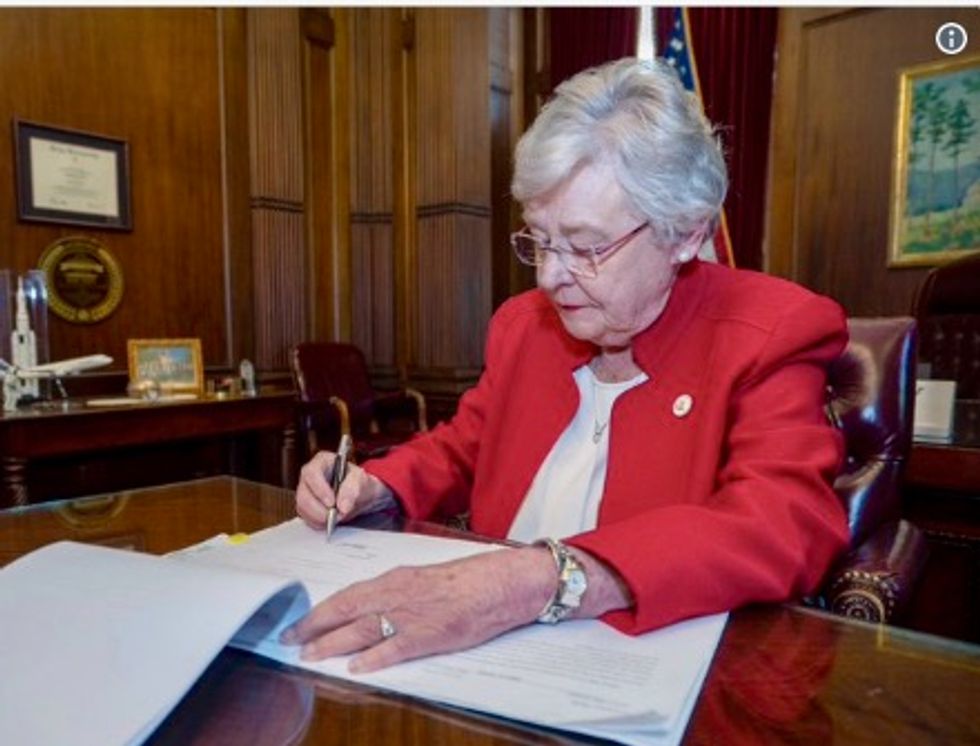 Americans are outraged, angry, upset, and scared now that Alabama Republican Governor Kay Ivey has just signed into law a bill banning all abortions, except if the mother's life is threatened by her pregnancy.

Many are expressing anger and feelings of betrayal, noting Republicans called those who opposed President Donald Trump's Supreme Court picks "hysterical," while insisting that Roe v. Wade was settled law and could never be challenged or overturned.

On social media, many are expressing anger at those who put Donald Trump in the Oval Office, especially Americans who chose to vote third party, for Jill Stein or Gary Johnson as a protest vote. Some are blaming what right now feels like the inevitable overturn of a woman's right to choose on those who enabled and motivated protest votes, including actress Susan Sarandon.

Trending are terms including #AlabamaAbortionBan, Kay Ivey, #WomensRightsAreHumanRights, #YouKnowMe, #AbortionRights, and Pat Robertson – all related to the Alabama abortion ban.