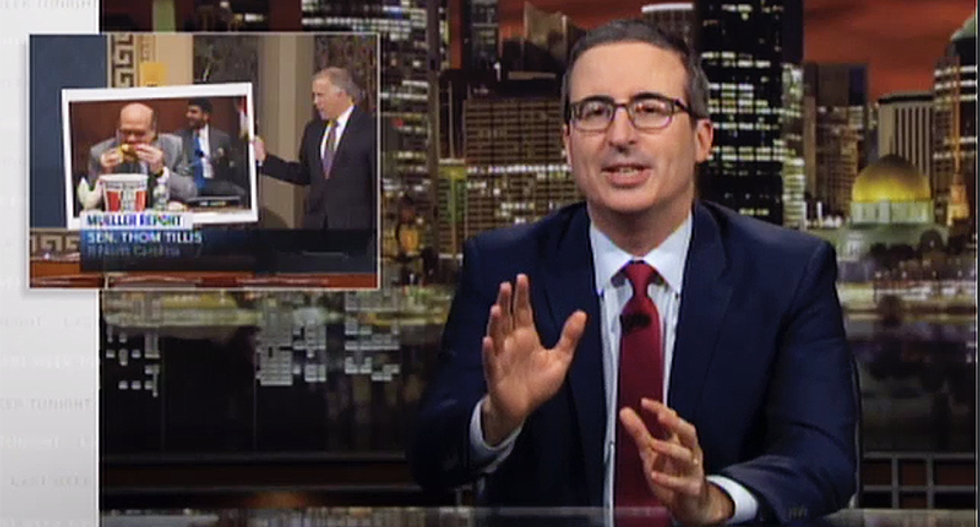 Cohen was attacked by Tillis for the stunt of bringing a ceramic chicken to sit at the hearing table where Barr would have been.

"Thom Tillis decided then to go on the attack," Oliver said.

"This guy didn't even have good enough sense to have Bojangles chicken," Tillis said. As a fact-check, there are only six Bojangles locations within a 100-mile radius of the U.S. Capitol. Google ratings for those six are significantly lower than the numerous Popeye's in the tri-state area.

"And they've got the chair and others have that kind of theater in a House committee room," Tillis complained.

"OK, I see," Oliver began. "So it's political theater to eat KFC, but not to rush to Kinkos and laminate a posterboard image of someone eating KFC. I get it."

Oliver closed the segment by explaining that he does not endorse the eating of KFC in any way. Raw Story similarly gives that disclaimer.