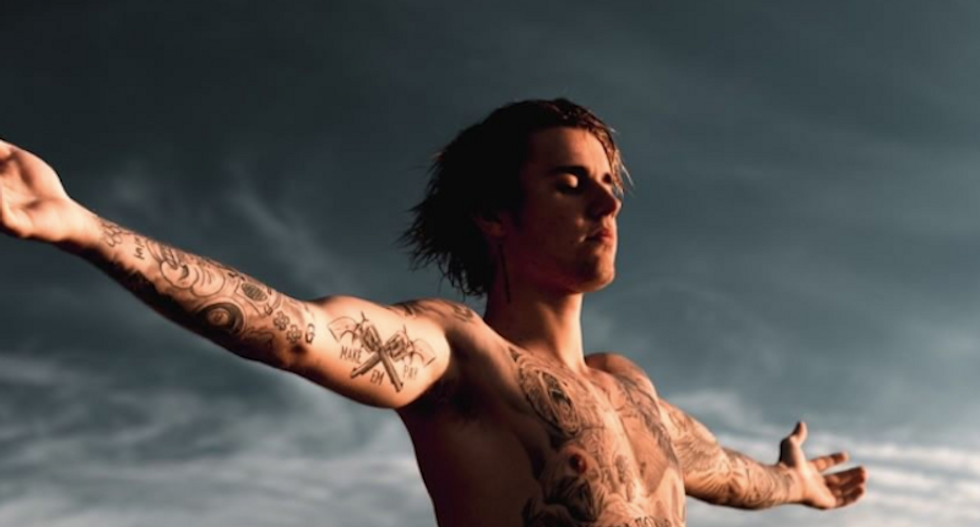 Climate change continues to contribute to severe weather events all over the world, even as the Trump administration refuses to join America's European allies in fighting global warming. Earlier this month scientists estimated that a million species are destined for extinction thanks to human activity.

The ways that humans ruin their environment are seemingly without end. But a brand new development in the age of social media is viral videos that create jumps in tourism in vulnerable areas.

On Thursday, Earther reported that following a viral 2015 Justin Bieber video, tourists have been flooding a canyon on the southern coast of Iceland. And their presence is ecologically destructive to the serene natural landmark.

The Environment Agency of Iceland said a million people have gone through the area in the years since the video came out, destroying the turf.

"The Icelandic terrain is volcanic, featuring fluffy soil that’s easily eroded by trampling feet," Earther notes. "That’s why authorities closed down the canyon in March; the soil was still thawing and particularly vulnerable."

The wilderness area was closed for a few weeks. But fans are still flocking there.

"Fans who really want to know what it feels like to be the Biebs are ignoring signs directing them to stay away from the land and even offering rangers bribes to try and 'sweet-talk' their way in," reports the Associated Press.