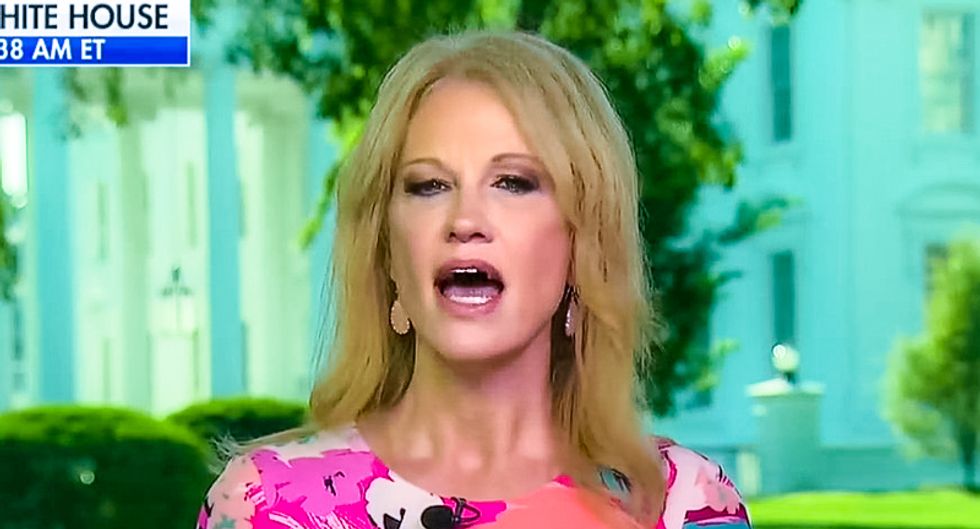 In a scathing op-ed published Tuesday, former FBI director James Comey called out the Trump administration for repeatedly insinuating that U.S. intelligence agencies were trying to stage a coup. He also attacked the President for accusing him and other intelligence professionals of treason.

In response, White House advisor Kellyanne Conway slammed him as “a grandstander and a show boat” on Wednesday.

“Methinks he doth protest too much,” Conway also said of Comey on Fox News’s “Fox & Friends. She added that Comey is worried about an investigation into the FBI's investigating of the Trump campaign. It “sounds like there’s panic in the world of Jim Comey,” Conway said.

“Who cares what he thinks?” Conway added. “We said ‘no collusion’ for two years and they couldn’t take us for our word.”

“We already know how much the sexters, I mean the texters, of course, were making fun of Trump voters,” Conway said.

The trial involving Ghislaine Maxwell is moving forward, hearing witness testimony that links the defendant to accused rapist Jeffrey Epstein. One revelation details the trove of evidence uncovered at Epstein's home, including binders of CDs with tens of thousands of photographs, the Daily Beast reported Wednesday with a description of the photos.

"Some of those never-before-seen images—released by federal prosecutors this week—depicted happier days of the late sex-trafficker’s romance with his alleged accomplice, British socialite Ghislaine Maxwell, who is accused of helping him groom and abuse four underage girls from 1994 through 2004," the report explained. Even after Maxwell and Epstein broke up, she remained "best friends" with him and an associate "involved in every detail" of his life.