Lawsuit by 44 states accuses pharma giants of 'Multi-Year conspiracy' to hike drug prices by over 1,000 percent 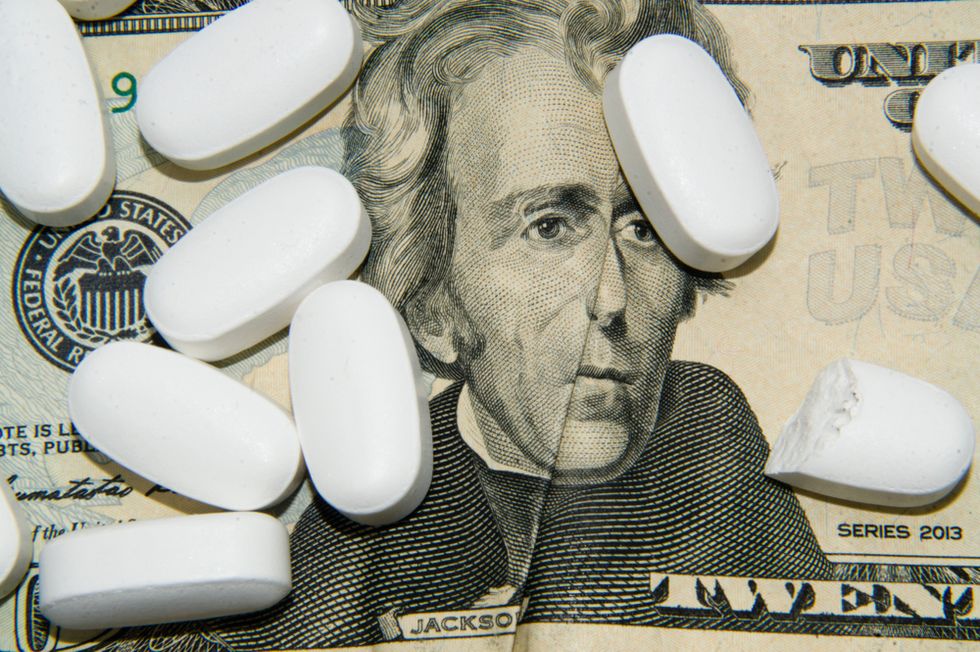 Pills sit atop a $20-bill. Image via Shutterstock.

A far-reaching lawsuit filed Friday by the attorneys general of more than 40 states accused some of the nation's largest generic drug manufacturers of conspiring to inflate prices, in some cases by over 1,000 percent.

"We have hard evidence that shows the generic drug industry perpetrated a multi-billion dollar fraud on the American people," Connecticut Attorney General William Tong, whose state led the probe into the companies' practices, said in a statement.

"We have emails, text messages, telephone records, and former company insiders that we believe will prove a multi-year conspiracy to fix prices and divide market share for huge numbers of generic drugs," said Tong.

The suit names 20 major drug manufacturers—including Pfizer, Teva, Novartis, and Mylan—as well as more than a dozen senior executives, who the complaint accuses of deleting evidence after the states began their investigation in 2014.

Americans pay far more for prescription drugs than the people of any other industrialized nation. Alluding to this fact, Colorado Attorney General Phil Weiser—who joined the multi-state lawsuit—tweeted on Saturday: "If you are angry about rising drug prices, you should be. Particularly because a major cause of price increases is illegal collusion by generic drug companies."

If you are angry about rising drug prices, you should be. Particularly because a major cause of price increases is… https://t.co/XTI4kdpd46
— Phil Weiser (@Phil Weiser) 1557594329.0

"Apparently unsatisfied with the status quo of 'fair share' and the mere avoidance of price erosion, Teva and its co-conspirators embarked on one of the most egregious and damaging price-fixing conspiracies in the history of the United States," states the complaint.