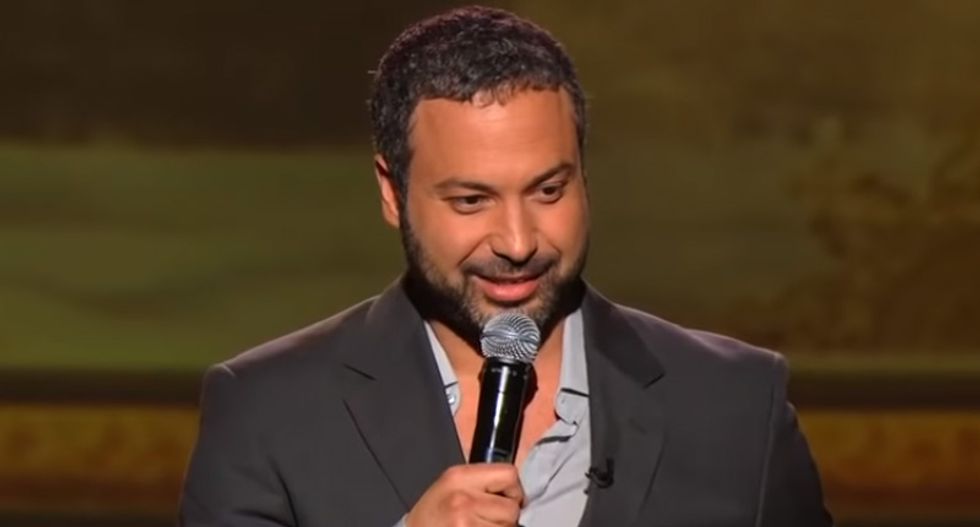 A man in Florida called 911 to report a stand-up comedian who made a joke about terrorism, according to local news outlet NBC 2.

The man, who has not been identified, was at the Off The Hook comedy club in Naples this month when he said Ahmed Ahmed asked how many audience members were from the Middle East.

“As the people raised their hands, they said I’m from Iraq, I’m from Iran,” the caller said to a 911 dispatcher. “He said that’s great we should organize our own terrorist organization. I don’t think that’s right. That really bothered me.”

He later told the dispatcher: “I just thought it was terrible. My wife and I looked at each other and felt very uncomfortable.”

Ahmed posted a video to Facebook showing that two officers were sent to the club.

“You can’t write this sh*t... This is new material,” the comedian joked to the officers. “I’m not insulted, I’m a little embarrassed – and I’m also, maybe, afraid for my life.”

The comedian is baffled that someone resorted to calling the police.

“He should, you know, maybe get a passport, travel a little bit, maybe not be so subject to what he’s being brainwashed,” Ahmed told Wink News. “I feel bad for him that he’s kind of closed minded.”