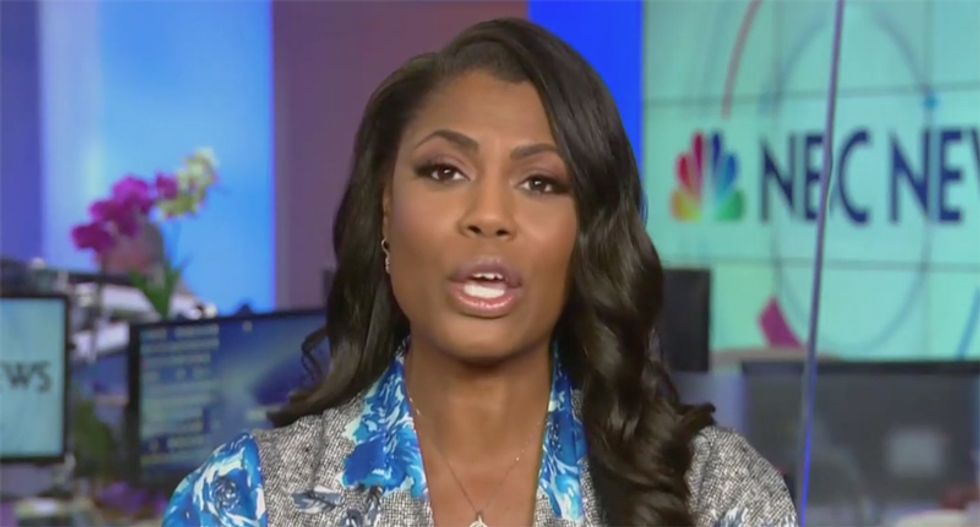 Omarosa Manigault Newman worked for the White House, transition, campaign and was a contestant on "The Apprentice."

She was interviewed on MSNBC on Saturday by the Rev. Al Sharpton.

"I think it’s important to realize that very early on in the administration, we got letters directing us to preserve all information related to the Mueller investigation, all investigations, any information, any emails, any correspondence," she explained. "We had a clear directive to preserve those documents, preserve emails, preserve text messages."

"So I thought it was very interesting that after my discussion with General Kelly in the Situation Room when I went to take my things, I was instructed that I had to leave seven boxes of documents that came from the campaign, the inauguration, the transition, and they would not allow me to get them," she continued.

"What’s very curious to me is that, as I stated, it was seven boxes of documents, and in my emails, they only referenced two, which leads me to believe that they’ve destroyed the other five," Manigault Newman said.

"Let me be clear because I want to make sure I understand you. You say there was seven boxes, but they only referred to two? So are you suggesting that maybe they destroyed five boxes of emails that could have been evidence?" Sharpton asked.

"Oh, there’s no question," she replied.

"So we’ll have to see what unfolds. But I’m sure that I’m just not a one-off. I believe that this is a pattern with this administration of being disrespectful to congressional requests, of trying to use intimidation and all types of tactics to keep people silent," she suggested.