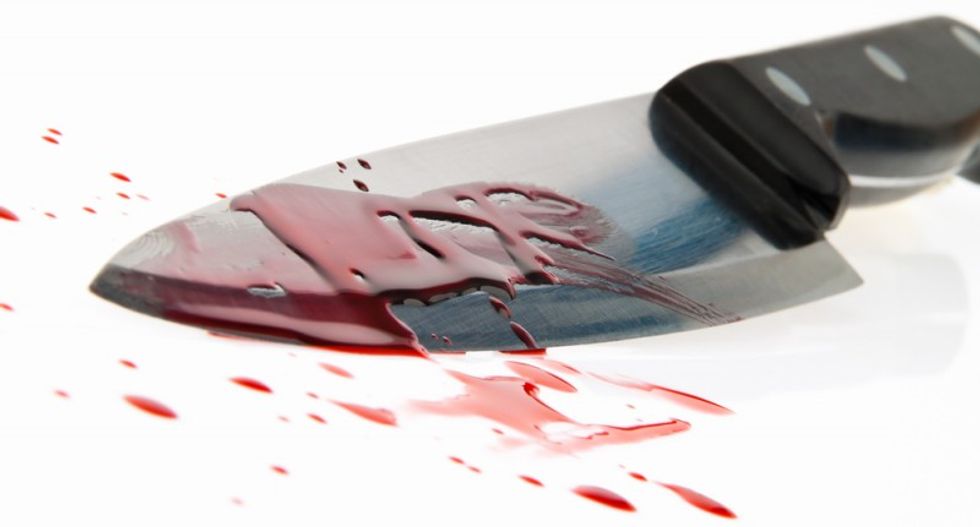 Two people, including a child, were feared dead Tuesday in a mass stabbing attack that also injured 17 people in the Japanese city of Kawasaki, the local fire department said.

"One man and one female child are showing no vital signs, said fire department official Yuji Sekizawa, employing a phrase commonly used in Japan to mean the victims have died but the death has not yet been certified by an official medical professional.

The fire department said 17 others were injured in the attack, among them more children.

"A man stabbed them," another spokesman for the department, Dai Nagase, earlier told AFP.

"We received an emergency call at 7:44 am, which said four elementary schoolchildren were stabbed."

Police said one suspect, a man, had been detained. NHK said he had stabbed himself, suffering a serious wound. There was no immediate indication of a motive.

The broadcaster said two knives were spotted at the scene, but there was no immediate confirmation from officials.

The attack took place at the time of the morning commute and school run, with one eyewitness saying it occurred by a bus stop.

"I heard the sound of lots of ambulances and I saw a man lying near a bus stop bleeding," the man, who was not identified, told NHK.

"There is another bus stop near the elementary school and I also saw elementary schoolchildren lying on the ground... It's a quiet neighbourhood, it's scary to see this kind of thing happen," he added.

Japan has one of the lowest rates of violent crime in the developed world and mass attacks are extremely rare.

In 2018, a man was arrested in central Japan after stabbing one person to death and injuring two others aboard a bullet train, an attack that prompted new security measures on the famed rail service.

And in 2016, a man stabbed 19 people to death in a disability centre south of Tokyo in what he described as a mission to rid the world of people with mental illness.