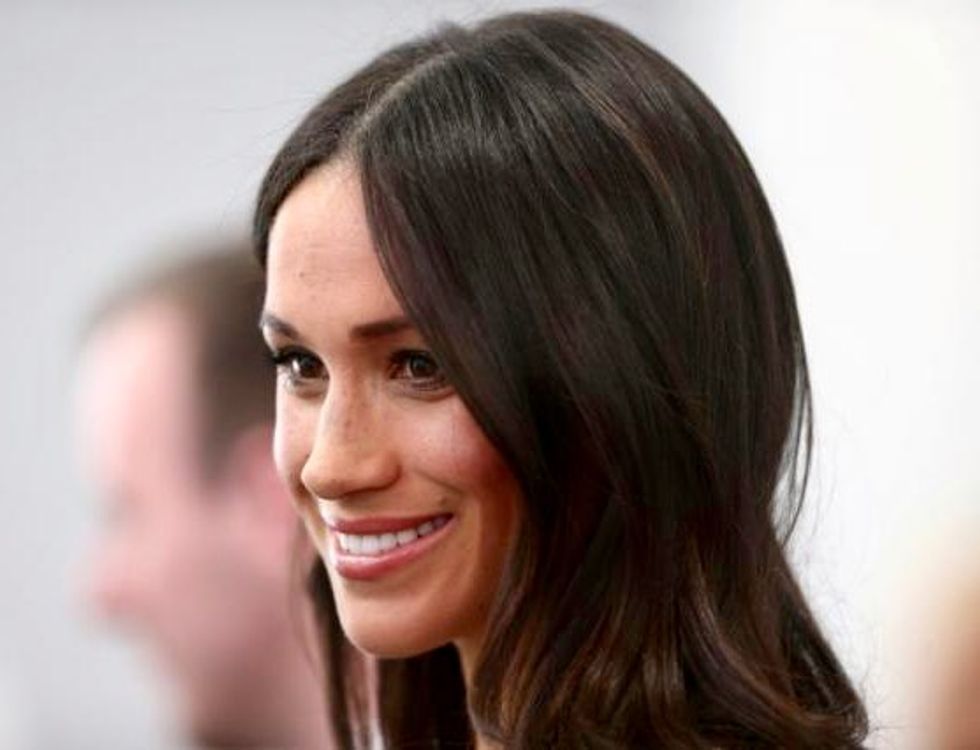 The arrival on Monday of their first child -- a "very healthy" boy -- crowns the whirlwind love story of Prince Harry and his wife Meghan, coming less than three years since they first met.

It was love at first sight for both parties, who quickly sensed their brief blind date could blossom.

They were set up by a mutual friend when US actress Meghan Markle was passing through London in July 2016.

The couple knew little about each other and the speed of the relationship surprised them both.

"The fact that I fell in love with Meghan so incredibly quickly was a confirmation to me that all the stars were aligned. Everything was just perfect," Harry said.

Within two years, they tied the knot at Windsor Castle, sealing a relationship that rapidly grew out of the media spotlight -- and survived when it went public in explosive fashion.

When the couple first met, she was 34 and a divorcee of three years; he 31 with a few foundered relationships and his 10-year army career recently behind him.

Harry had never heard of Markle or watched "Suits", the US television legal drama series she had starred in since 2011.

"I was beautifully surprised when I walked into that room and saw her," he recalled, and thought to himself: "I'm going to really have to up my game here!"

Bonding over their passion for the good causes they represented, they immediately set up a second date -- for the following day.

A few weeks later, the prince persuaded her to join him camping out for five days in Botswana, which Harry called a "huge leap" -- but one that paid off.

"We were really by ourselves, which was crucial to me to make sure that we had a chance to get to know each other," he said.

Their romance was under cover for the first five or six months, and largely conducted through nights in behind closed doors.

"We were able to really have so much time just to connect," said Meghan.

Harry said they had frank conversations about what her future could entail and called it a "huge relief" to have finally found someone comfortable with the pressure and lifelong job he comes attached with.

Harry publicly confirmed they were dating in November 2016 with an angry, highly unusual statement blasting racist "abuse and harassment" directed towards her.

"It is not right that a few months into a relationship with him that Ms Markle should be subjected to such a storm," his communications secretary Jason Knauf said.

The couple were having a cosy night in at Nottingham Cottage, his two-bedroom home in the grounds of London's Kensington Palace, roasting a chicken.

Markle said "Yes" before Harry had finished proposing or even produced the ring.

They announced their engagement on November 27, 2017 and she was swiftly integrated into the royal fold, spending Christmas with the family and attending public engagements.

The wedding on May 19 last year was filled with personal touches, mixing British pomp and African-American culture in front of a celebrity congregation and cheering crowds.

Meghan began her walk down the aisle alone after falling out with her father, while firebrand US pastor Michael Curry delivered a full-throttle address invoking slaves and the power of love.

Since then, the new Duke and Duchess of Sussex have thrown themselves into causes they champion, notably mental health, young people and women's empowerment.

"Both of us have passions for wanting to make change for good," said the prince.

Queen Elizabeth made Harry the Commonwealth's youth ambassador, a role that will increasingly drive the couple's agenda.

The baby was announced in October as they began their well-received first overseas tour, visiting Australia, Fiji, Tonga and New Zealand around the Invictus Games in Sydney, Harry's Olympics-style event for wounded military veterans.

They have now moved out from Nottingham Cottage to the much bigger Frogmore Cottage on the Windsor estate as they start their family.

Some royal commentators have voiced concern at the couple's reported increasing distance from his brother William and sister-in-law Kate.

But others say it is a sign of a strong-minded couple ready to go their own way, with a new family, new home and new sense of mission.