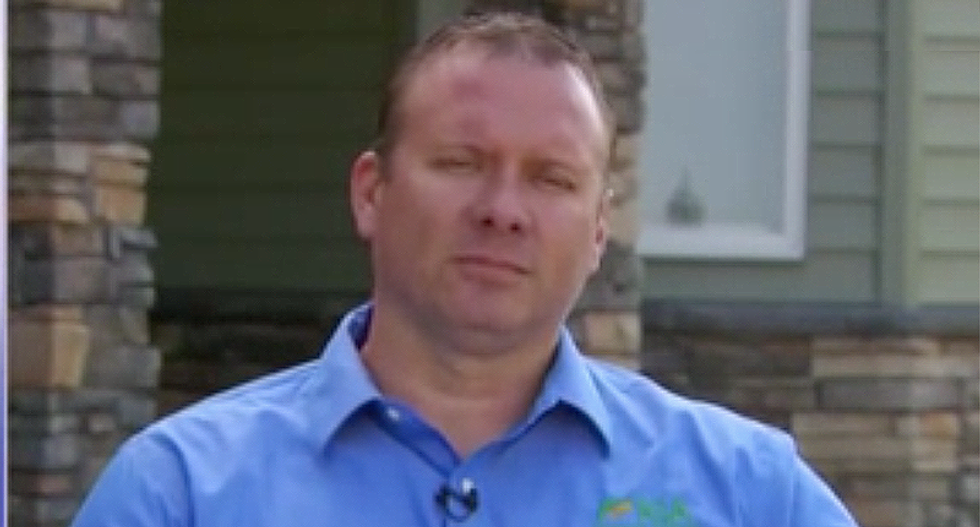 Farmers are in serious trouble as President Donald Trump's trade war rages on. Last year, Trump offered farmers a bailout, but bankruptcies for farmers are still on the rise.

In the Oval Office Monday, Trump claimed that the U.S. was "taking in tremendous amounts of money." But when asked about it, Trump's top economic advisor disagreed.

In an interview with CNN, one farmer explained why they're hit twice with these Trump tariffs. First, they get hit with taxes on what they sell to China and then they're hit a second time by purchase they have to make of equipment, supplies or any other goods that are manufactured in China. With those suffering from drought, torrential rains, hail and other severe weather, it can spell the end of the family business.

Minnesota farmer Bill Gordon explained that the only thing trickling down is the pain it's causing rural communities. When farmers lose money like this they're forced into bankruptcy. Statistics show a sharp rise in the number of farmers forced to give up the farm and file for chapter 11. With fewer families in rural areas, schools are forced to close and consolidate with nearby towns. Without Friday night football games, school plays, and other activities that bring communities together, the rural towns slowly die off.

"In the rural communities we’re starting to feel in our schools and where farmers are making money and we’re coming up with money from our savings accounts, basically our equity and moving into our cash flow to pay back our loans and different inputs from those countries and it’s definitely starting to get dire out here in rural America," said Gordon.

He noted that he's between a rock and a hard place. If he doesn't plant anything this year, he stands to lose more money than if he planted a crop that won't likely return the $65,000 he'll have to spend to plant it.

"And then this time value of the tariffs -- there’s (sic) other economic parts here," Gordon continued. "We’ve done a really good job of raising the crop. What we do here as American farmers we have our counterparts in South America raising a great cop. That definitely puts strain on the markets also. But also when you have the time value of the tariffs and trade basically with China they offered 20 million metric tons of soybeans to be purchased, they only purchased around 5 million metric tons, and with the other 15 -- it’ll probably be until late fall, which is old-crop soybeans."

But it was the final moments of the interview that were the most heartbreaking. Gordon attempted to explain why what American farmers do for Americans is so important.

"Thank you for taking the opportunity to talk to us here, and just we’re like everybody else, we want to raise our family out here in rural America. We want to raise a crop you guys can eat and safe, affordable food. And when it’s taken away from us it’s really tough on us personally and tough on our families," he closed.