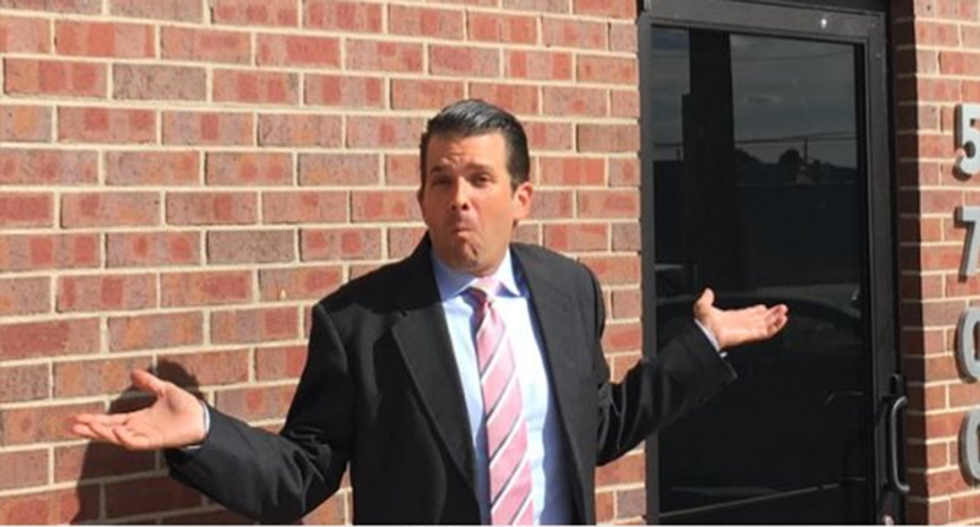 Elie Mystal, the executive editor of Above the Law was interviewed by Chris Hayes on his show "All In" about whether Donald Trump, Jr. would assert his Fifth Amendment right against self-incrimination after being subpoenaed by the Republican-controlled Senate Intelligence Committee.

"I think him taking the Fifth seems entirely reasonable," Hayes noted. "What do you think?"

"He should take the Fifth," Mystal replied. "But this white-privilege silver-spoon treatment has to stop."

"He needs to be put in a chair and raise his and invoke his right against self-incrimination for the whole country to see," he continued.

"That is actually an important part of the process. It’s no longer about humiliation, it’s about finally holding the Trump family accountable and putting them publicly on the record for what they are doing and trying to do," he explained.

"A Congressional subpoena is not spam," Mistal added.