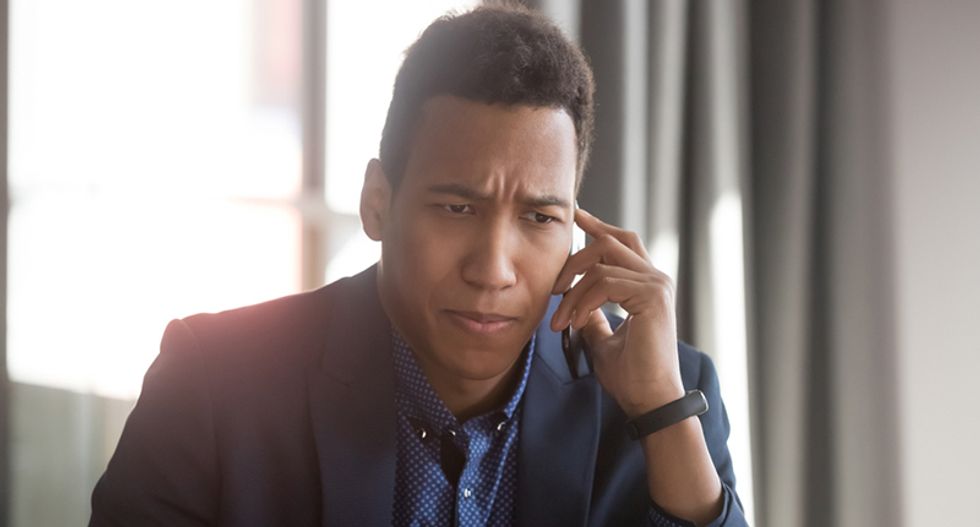 On Tuesday, the Atlanta Journal-Constitution reported that Road To Power, a white supremacist podcast based in Idaho, is inundating residents of Clayton County, Georgia with racist robocalls.

The calls are defending Hannah Payne, who is charged with murder after allegedly pursuing and gunning down a black man, Kenneth Herring, whom she witnessed trying to flee the scene of a car accident.

"Negroes aren't American. They aren't really fully human. It's time to send them all to Africa," said the call. "She's been cast as the criminal when in fact it was the negro ... Tell the District Attorney of Clayton County, Georgia, free Hannah Payne."

District Attorney Graham Lawson said she is "flabbergasted" and "repulsed" by the call, and Payne's lawyer, Matt Tucker, has disavowed it as the product of a "white supremacist and anti-Semitic broadcasting outlet."

Road To Power has specialized in using robocalls to spread white supremacist rhetoric. During Florida's gubernatorial election in 2018, the group targeted voters there with a call featuring an actor speaking as Democratic nominee Andrew Gillum. "Well hello there. I is the Negro Andrew Gillum, and I be asking you to make me governor of this here state of Florida," said the caller in an exaggerated minstrel dialect, interspersed with the sound of a monkey screeching.