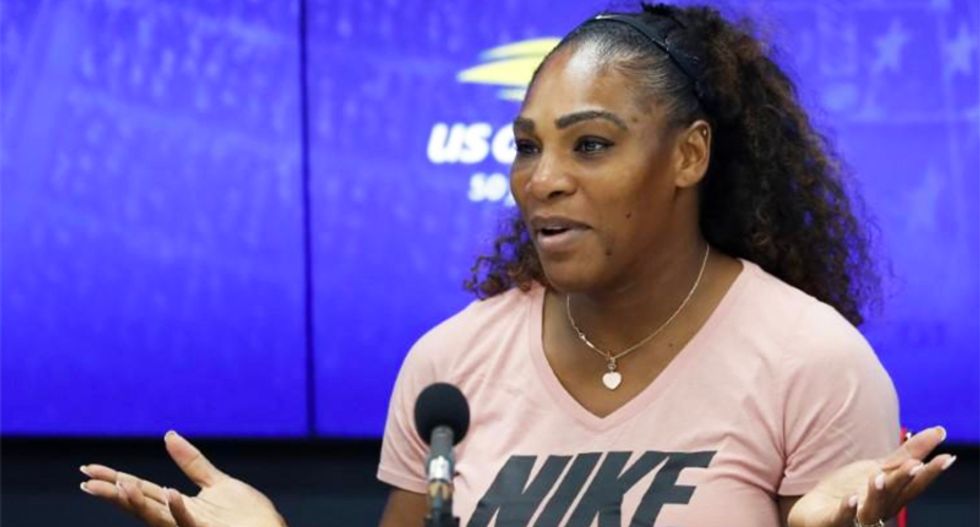 "We've recognized Nike, Inc., can do more, and there is an important opportunity for the sports industry collectively to evolve to better support female athletes," Sandra Carreon-John, a Nike spokeswoman, told the newspaper in an email on Friday.

According to the Times, Nike plans to waive performance-pay reductions for 12 months for athletes who decide to have a baby.

The move comes after Olympic track and field star Allyson Felix joined a chorus of critics.

Felix, the only female track and field athlete to win six Olympic gold medals, wrote in the New York Times she had been offered a vastly reduced contract by Nike since taking time off in 2018 during her pregnancy.

The 33-year-old spoke out after US team-mates Alysia Montano and Kara Goucher levelled similar allegations against Nike as part of an investigation by the Times.

"They told stories we athletes know are true, but have been too scared to tell publicly: If we have children, we risk pay cuts from our sponsors during pregnancy and afterward," wrote Felix, who gave birth to a baby girl in December.

She opted to start a family despite concern over renewal of her Nike sponsorship deal that expired at the end of 2017.

The company offered her a new deal that was much less lucrative and balked at her request for guarantees that she would not be penalized if she performed below her best "in the months surrounding childbirth."

"If I, one of Nike's most widely marketed athletes, couldn't secure these protections, who could?" Felix wrote.

Nike said in a statement last week that it had "standardized our approach across all sports to support our female athletes during pregnancy, but we recognize we can go even further.

In a memo addressed to Nike employees on Friday -- reported by both the New York Times and Bloomberg -- Amy Montagne, a company vice president and its general manager for global properties, wrote that she was "saddened" to learn of Felix's experience.

"This has been a humbling event," Montagne wrote, adding the company was reaching out to sponsored women athletes to advise them of policy changes.

Two-time Olympian Goucher responded with cautious optimism to the New York Times report, but said she was waiting to hear from Nike.

"Really excited about this but genuine question, Will Nike stop suspending women without pay or is this just about reductions?" Goucher, who had a son in 2010, said on Twitter.

"I, and the other women I know, were suspended without pay, not reduced. We want to see this policy in writing and then celebrate!"