Arkansas cop claims black man has a gun -- until he realizes he is being filmed: 'He trying to shoot me' 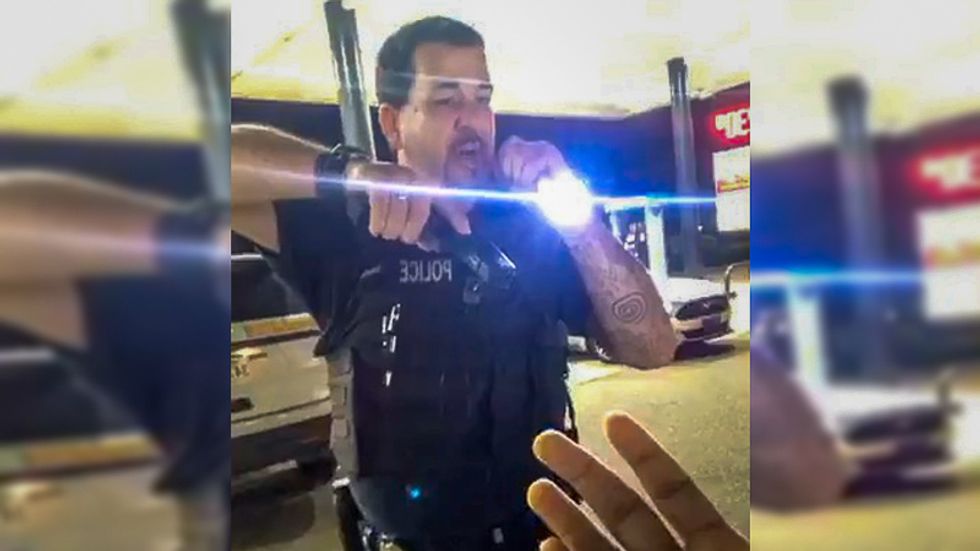 An Arkansas police officer has been accused of wrongly pulling his firearm on an unarmed man.

Edrick Truitt told WREQ that the incident occurred early Sunday morning Double Quick store. Truitt said that he was meeting family when another car pulled in front of him.

"As we were leaving out, a car jumped in front of me, so I hit my brakes to let them go by," Truitt explained.

Cell phone video shows an officer pulling a gun on Truitt and ordering to turn off the car. But when Truitt moves his hands, the officer shouts to the other officers, "He's got a gun."

"Where?" Truitt shouts back.

"Shut the car off!" the officer demands.

"My hands are in the air," Truitt explains. "I ain't moving my hands. He trying to shoot me."

Eventually, the officer holsters his sidearm and forcibly removes Truitt from the vehicle.

"He was like, 'That's a failure to comply,' but if I would have complied, I would have got killed," Truitt pointed out to WREQ.

Although police later found a gun in Truitt's car, he said it was out of his reach.

"What I did saved my life," Truitt insisted. "That’s why I’m here talking to y'all. If not, y'all would be covering a story about how I got shot."

Truitt was arrested and charged with failing to obey a lawful order.

Helena-West Helena Police said that the officer's body camera footage is being reviewed. The officer has reportedly received threats following the incident.

Guns Activism Video Whoa!
Report typos and corrections to: corrections@rawstory.com.
Like this article ? Text `Support` to 50123 to donate.
READ COMMENTS - JOIN THE DISCUSSION