Orange County lawmaker reveals how impeachment is a hot topic in her conservative district: ‘People stop me in the grocery store’ 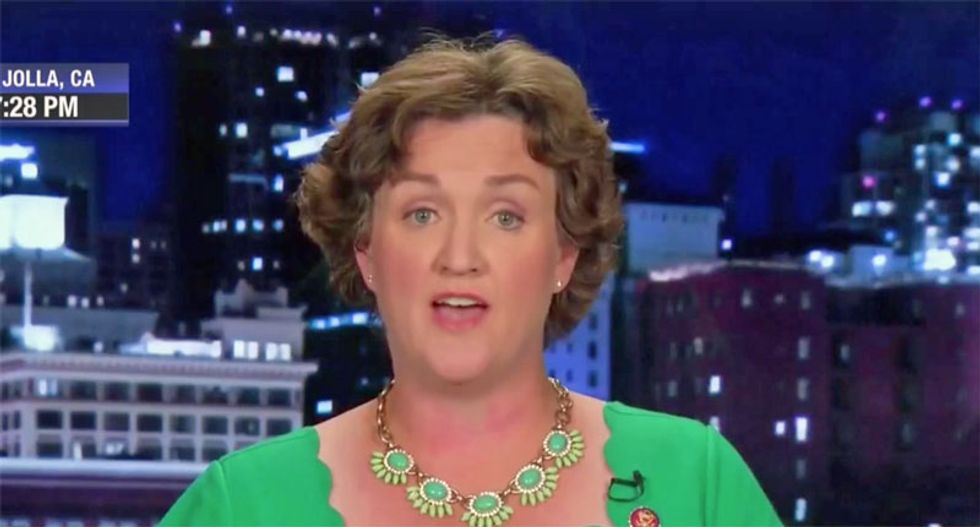 Questions about impeaching President Donald Trump have increased dramatically since the release of Robert Mueller's report, an Orange County congresswoman explained on Thursday.

Porter was interviewed by Lawrence O'Donnell on MSNBC's "The Last Word."

"Congressman [Justin] Amash (R-MI), the only Republican member of Congress who supports impeachment, had a town hall the other day. We’ll show some of this later in this hour. It was all about impeachment. What about your town hall today, how much of it was about impeachment?" O'Donnell asked. "What was the number one issue?"

"But impeachment did come up and I would say there’s been a real change since the Mueller report was published," Porter explained. "Before that, I never got asked about it or supremely rarely. Now I get asked about it almost every day. People stop me in the grocery store, as I’m going about my daily business in the coffee shop and want to know what I’m going to do about the president’s refusal to obey the law."