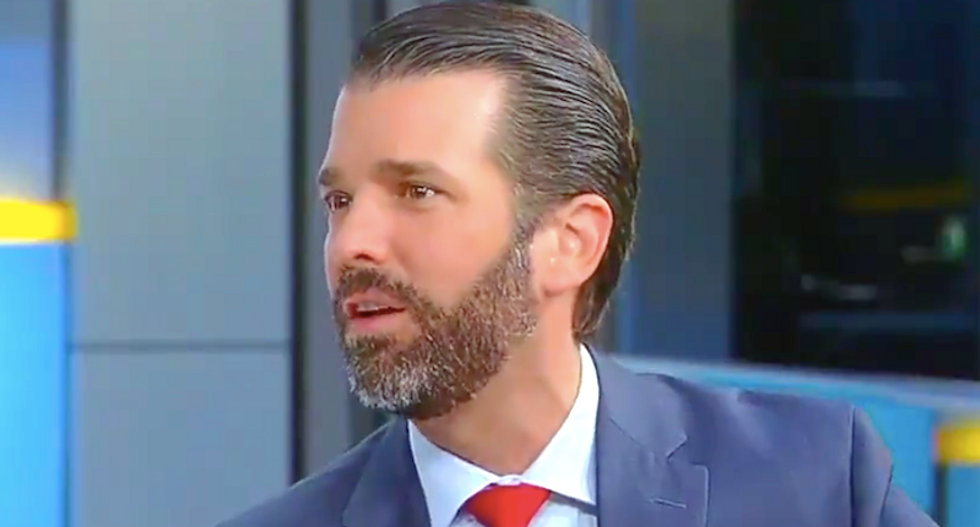 Sen. Richard Burr (R-NC) is in hot water with some of his colleagues following his decision to subpoena Donald Trump Jr. But according to Politico, one of his colleagues in GOP Senate leadership is coming forward to voice his support.

"Conservatives shouldn't criticize Burr," said Sen. Chuck Grassley (R-IA), the former chairman of the Senate Judiciary Committee. "Because Burr was assigned the lead role on all of this Russia collusion stuff by the leader. The leader had confidence in Burr’s leadership, nobody else ought to be questioning it."

Trump Jr. had previously been called to testify before Congress, during which he said his role in the proposed Trump Tower Moscow project was highly limited. But other evidence, including testimony and documents provided by Trump's former personal attorney Michael Cohen, contradicts that assertion.

Grassley's remarks come in addition to those of Senate Majority Leader Mitch McConnell (R-KY), who, despite proclaiming the investigation of Russia "case closed" earlier this week, reportedly defended Burr judgment on the subpoena in a meeting behind closed doors.

Other Republicans, however, have been more reluctant to acknowledge that the case is not, in fact, closed. Senate Majority Whip John Cornyn (R-TX) complained that "The Mueller report has concluded no collusion, and Barr said no obstruction. What's the deal? Why is this continuing on? ... we pretty much know just about everything we need to know."