Preet Bharara destroys Liz Cheney for throwing around 'treason': 'Read the Constitution and knock it the hell off' 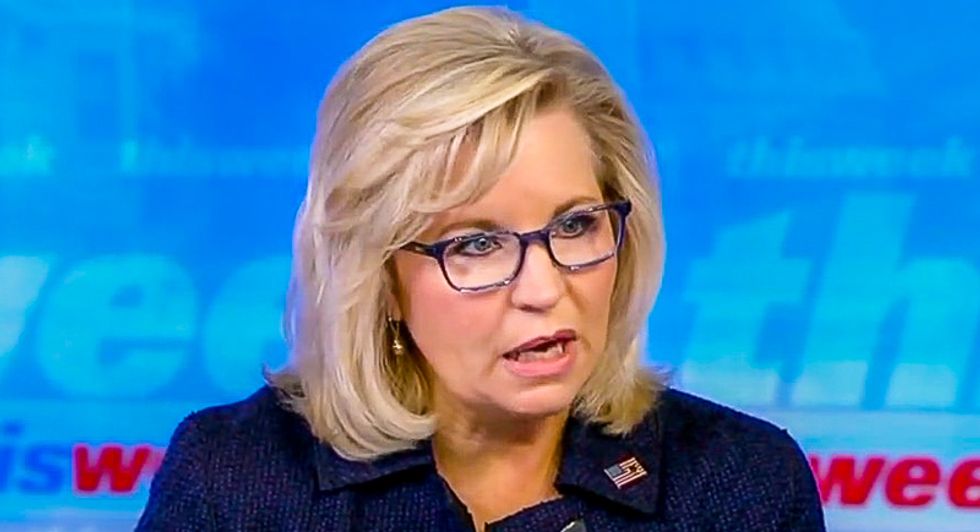 Rep. Liz Cheney (R-WY) was castigated online on Sunday after she appeared to repeat Trump administration talking points on North Korea and Iran.

During an interview on ABC's This Week, Cheney praised the foreign policy and military stance of the Trump administration and she accused former President Barack Obama of making the country weaker.

She also insisted that Trump is making the "right move" by deploying troops near Iran.

"There’s no question but that this threat," Cheney said of Iran. "It’s very important for the Iranians to understand that we’ll do what’s necessary to deter them from attacking us through our interests and we’ll do what’s necessary to make sure that they understand we aren’t simply going to sit back and allow them to take action that will put our people in harm’s way. I think the president is doing exactly the right thing and I support the actions."

Following Cheney's interview, Twitter users lashed out at the lawmaker for acting like a Trump sycophant. In one tweet, former U.S. Attorney Preet Bharara urged Cheney to "read the Constitution" because she had misused the word "treason."

I rarely watch Sunday political shows and Liz Cheney is reminding me why I don't watch them. This lady is worse than her father.
— Justin Allen (@Justin Allen)1558880678.0

Watching bloodless Liz Cheney interviewed on @ThisWeekABC it's easy to see how she turned on her own sister. Ambiti… https://t.co/7Ahf12TTM2
— Sue Yellin (@Sue Yellin)1558880899.0

Watch Cheney's appearance on ABC below.