'Preposterous': CNN analyst says Trump's position is that 'no branch of government can look into the president' 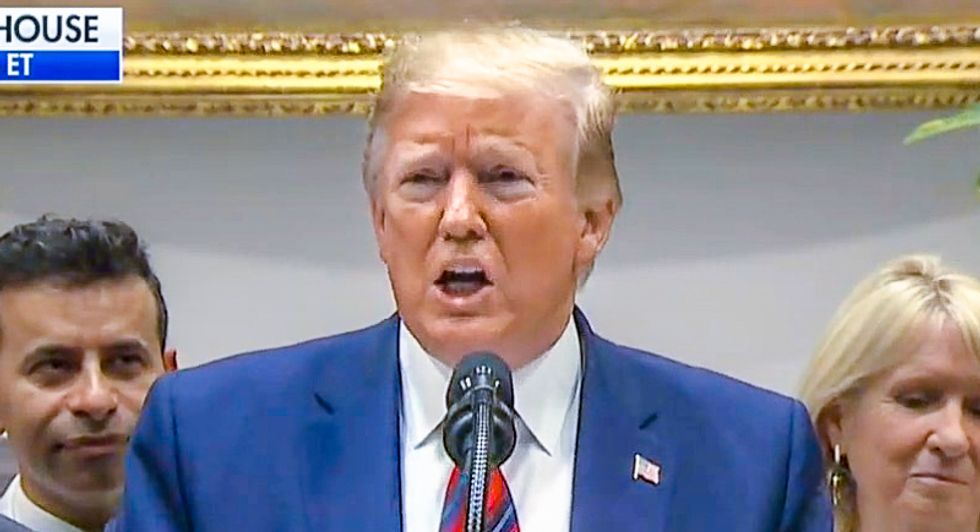 The White House is now taking a radical new legal stance, arguing that Congress' investigations of President Donald Trump are invalid because they amount to law enforcement activities, and no one outside the executive branch can conduct law enforcement.

Such an interpretation flies in the face of decades of court precedent. But even worse, noted Washington Post journalist and CNN commentator David Swerdlick on "The Situation Room," this logic would effectively mean it is impossible to investigate the president for anything.

"It's a little bit preposterous," Swerdlick told host Wolf Blitzer. "We talk all the time about how under most circumstances, you can't indict a sitting president. But it should be — we should remind viewers all the time, that's not a law. That is Office of Legal Counsel guidance. But if everybody's following it and there are reasons to follow it and we know that you can't indict a sitting president — without reaching the question of whether President Trump has any criminal liability — and then also the executive branch says that Congress, the co-equal or some would say superior branch of government, also can't look into the president with its investigative or oversight powers, then you are, in fact, saying that the president is above the law."

"The administration today put out a position that said, essentially, that because the executive is the law enforcement branch, that the president wasn't subject to this congressional oversight," Swerdlick said. "But if that's the case, then you're basically saying no branch of government can look into the president."