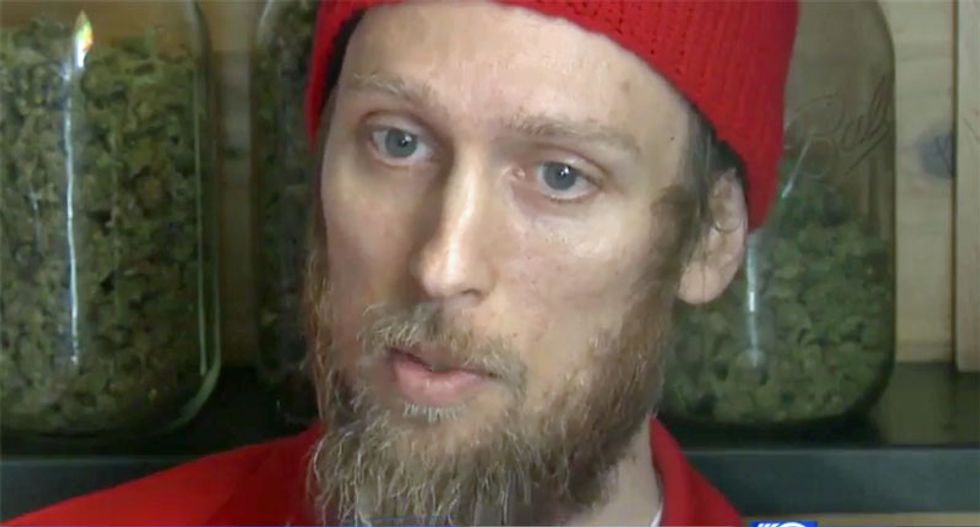 Jesse Schworck, a white Rastafarian church leader, has been scruntized for culture appropriation by a community activist in Madison, Wisconsin.

Activist Dana Pellebon, approached Schworck about his church Lion Of Judah, House Of Rastafari, and accused him of exploiting the black community by selling weed.

"He wouldn't stop," Pellebon said. "I got angrier because black men are by far jailed in astonishing numbers because of marijuana and these guys are selling it right there. And so I went in there."

Schworck defended himself by saying that he is not taken advantage of the black community because he is "black-hearted" and does not view himself as a "white man."

"I know that I'm not a white man," he said. "I'm not a white person. And you can sit and do all of these labeling games; everybody is mixed with black people."

"Black-hearted means that you hate white supremacy," Schworck said. "For the last 20 years, I have been traveling to Jamaica over a dozen times, and to Kenya. I am going over there and spending my money, my time, my life, my resources."

Adding, "It's not my fault. So if nobody else was black-hearted enough to do it but me, that's what it is. They have some other thing on their mind, and it's definitely not any black-hearted people that would be against me."

He went on about how the church plans to use the money it raises to buy back slaves.

"We want to do like certain fundraisers that we can take the money and use the money to go buy slaves," he said. "So we want to go buy slaves somewhere. We want to buy the slaves, and then we want to go free the slaves and to send them back to their countries. We want to somehow get into the market, different slave markets, whether it'd be Libya or other places and spend our money to go over there and free people from their circumstances in one way or the other. That's something realistic we can do."

Pellebon went on to say that people should not support or attend their church.

“What I’m hoping comes out of it is that I’m hoping no one goes there to buy weed. They’re feigning a religion,” she said. “The police have been there. There’s articles about it in the [local media], I believe. So what I want is people to stop going there and stop giving them money because what they’re giving money to is harmful. They’re profiting off of black bodies."