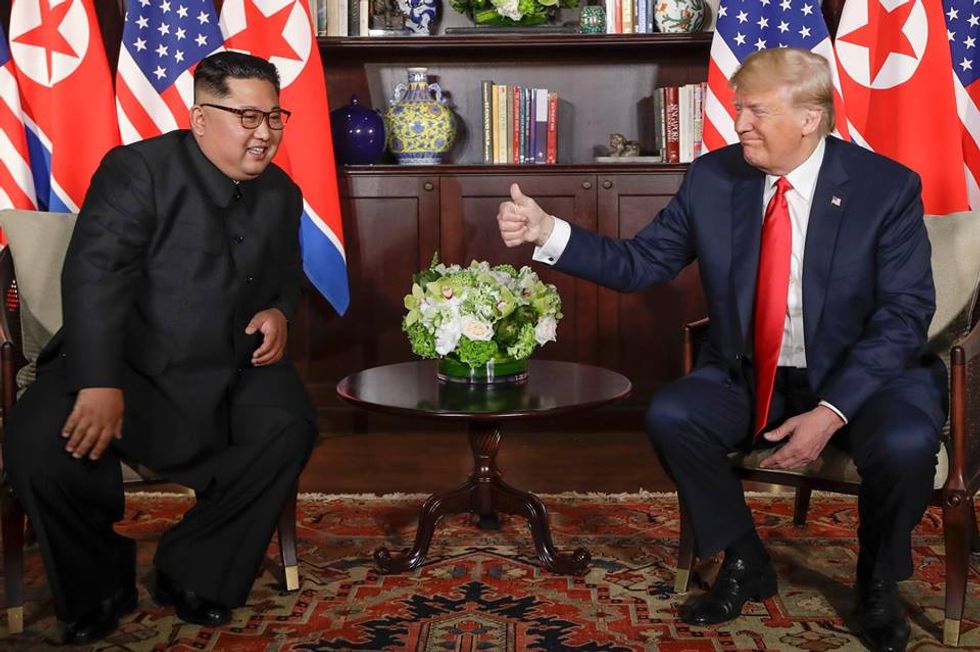 When asked about the president's North Korea strategy in the wake of recent missile tests, Kirby did not hesitate to say that Trump has so far totally failed to curb the threat of nuclear weapons from Pyongyang.

"So far, we have achieved nothing," he said. "North Korea still has a program, they're still advancing that program. They're still testing that program. And clearly, these recent tests, these launches, are an indication of just how impatient and frustrated Kim Jong-un is getting. He's trying to send a strong signal to Trump that we need to get back to the table."

Kirby gave Trump some credit for not returning to apocalyptic rhetoric in the wake of the recent missile launches, but he said that didn't change the fact that the president's approach has not produced any results.

Kirby also suggested that the United States back off its demands that North Korea totally denuclearize before it gets any relief from American sanctions, and instead pursue a strategy of offering partial sanctions relief in exchange for partial, verifiable North Korean denuclearization.