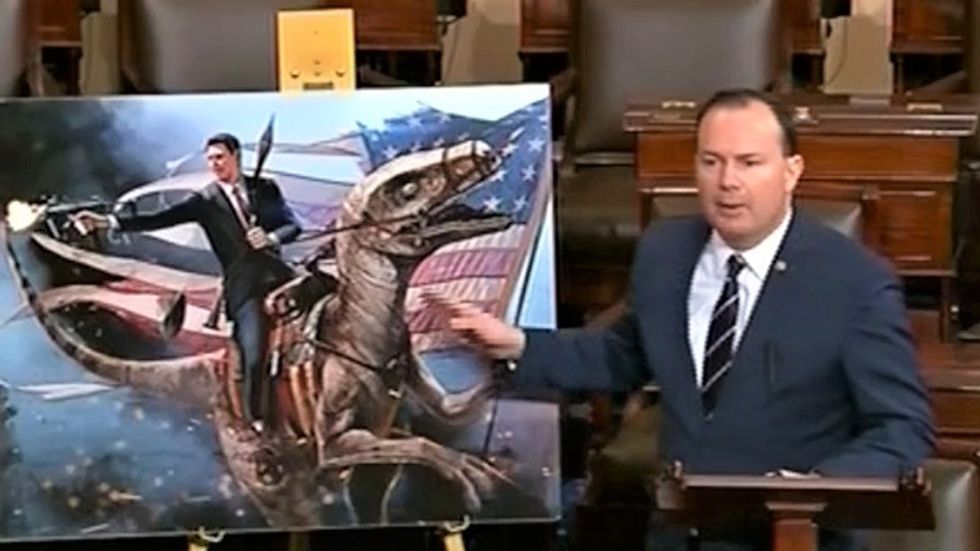 Utah's senior Republican senator was slammed by The Salt Lake Tribune on Saturday for his subservience to President Donald Trump.

The blistering editorial began with a quote from James Madison in The Federalist No. 51 and a reminder of the oath of office.

"By abandoning the role the Constitution assigns them, to jealously defend the power of their branch of government against encroachments by other branches, Republicans in Congress surrender their duty, their power and their part in defending American democracy," the newspaper charged.

"And for what? To get themselves on the good side of a chief executive who is so clearly corrupt, engaging in obstruction, campaign and ethics violations, using the presidency as a cash cow for his personal business interests, who disrespects the separation of powers, freedom of the press, the rights of minorities and immigrants and our long-standing international alliances," the Tribune explained.

"Senate Republicans, including Utah’s Mike Lee, spent the day feeding Attorney General William Barr softball questions and trying to make the case that there was nothing to see, there’s no collusion and no corruption and no obstruction of justice," the editorial board noted. "These are arguments that can only come from willful partisan ignorance of the facts as they are before us."

On Friday, The Salt Lake Tribune published a letter-to-the-editor where one of Lee's constituents suggested Lee's performance at the hearing was done in hopes Trump will appoint him to the United States Supreme Court.

"What I also see is that Sen. Mike Lee desperately wants a seat on the Supreme Court. However, as a constituent, I implore Lee to heed the words of a number of other prominent Republicans, such as Robert Mueller in the special counsel’s report and in his letter to Barr disagreeing with Barr’s depiction of the Mueller Report and its findings," Naomi Silverstone wrote.