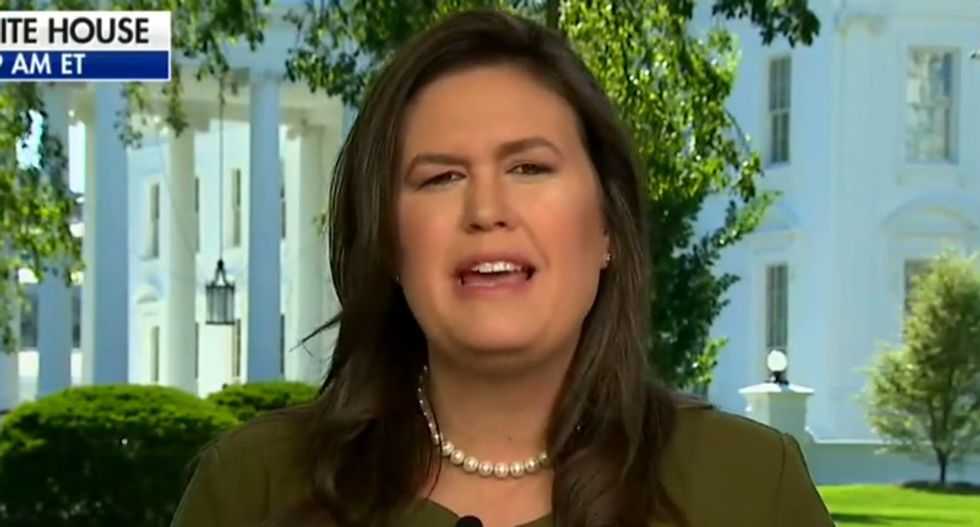 Sanders said Trump had a “great deal of confidence” in how his attorney general, Bill Barr, had handled special counsel Robert Mueller’s investigation.

“He has done a fantastic job of laying out all of the parameters of what has taken place with the Mueller report, making that public. This is total exoneration and case closed. We saw Robert Mueller this week closing up his shop, completed his investigation and moving on,” Sanders continued.

“Democrats have got to stop obsessing over something that never happened and start engaging with the president to fix some of the real problems that are happening right in front of their faces like the problem at the border,” she said, before suggesting that tariffs on Mexico wouldn’t have happened if Congress wasn’t investigating Trump.

“If Democrats would quit wasting so much time of their time attacking this president, the president wouldn’t have to engage Mexico in the same way because Congress would be doing its job. At some point they have to get serious about solving real problems and so far they continue to be unwilling to do that,” Sanders claimed.

The Trump administration announced that the new tariffs will begin at a rate of 5% starting June 10. The tariffs will increase to as much as 25% by October 1 if Mexico does not crack down on Central American migrants attempting to cross the U.S. border.