Shep Smith: The Mueller report is sidelined and now we're all talking about tariffs 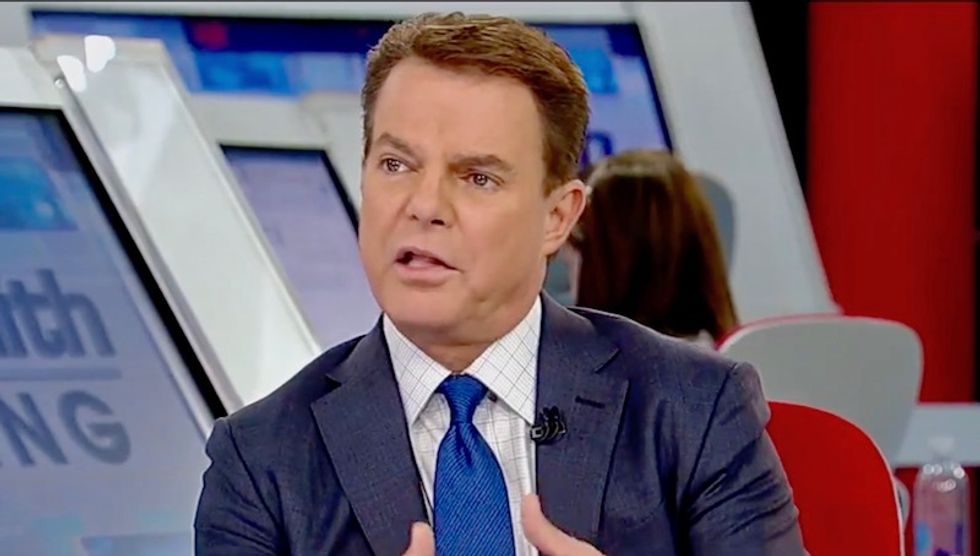 On Friday, Fox News host Shep Smith noted that President Donald Trump is yet again swaying the news and trying to control the narrative.

Most recently, Robert Mueller spoke for the first time in two years about the findings of his report. A day later, Trump said that he would increase tariffs on Mexico.

Fox News Sunday anchor Chris Wallace explained that the tariffs might be a ploy to intimidate Mexico, but could end in a bad trade war if Trump's tactic does not work.

"If the ploy works and the president gets Mexico to crack down on those people coming across the country illegally; then it will be a big success. If we end in a trade war as we have with China, not so good," Wallace said.

"This is talk and talk only. The effect of this, whether for the good or bad or by design or not is that the discussion from two days ago, the Mueller report is sidelined and it's now all about tariffs. This is a president that is very good about narrative, and the narrative has changed," Smith said.

"No question about it. The president at times as you pointed out chooses to create one controversy to distract from another controversy," Wallace said.