'Spoken like a true fascist': The internet reacts in fury to Trump threatening to jail investigators for ‘treason’ 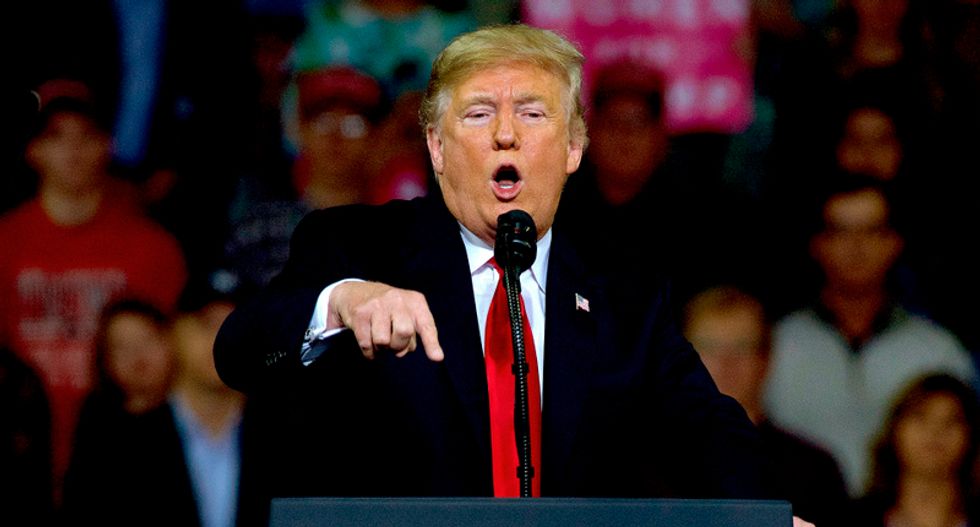 President Donald Trump reacted to a judge ordering the release of a Michael Flynn bombshell by demanding "long jail sentences" for investigators, which terrified many legal experts.

A federal judge on Thursday ordered the release of recordings of Flynn talking to the Russian ambassador before Trump's inauguration, along with a recording of someone "connected to" Congress seeming to dangle a pardon before the former national security adviser.

Trump responded the following day with an angry tweet.

The threat, which is based on multiple falsehoods, worried and alarmed legal experts, journalists and others.

It’s really amazing how many lies the President is able to pack into a single tweet. Each sentence here is false. https://t.co/sZbV3msX6c
— Garrett M. Graff (@Garrett M. Graff)1558092496.0

@realDonaldTrump Your senior campaign personnel and family members met with Russians and you plead for their suppor… https://t.co/j4NM0TY0pm
— David Jolly (@David Jolly)1558092514.0

President Trump has publicly pushed for DOJ/FBI to start investigations into his Democratic challengers. This is li… https://t.co/h9Owy5XdKS
— David Rothschild (@David Rothschild)1558100175.0

“Treason” is defined very narrowly in the Constitution, so his tweet is meaningless legally. But the message is cle… https://t.co/IVuM5mSAVo
— Renato Mariotti (@Renato Mariotti)1558097215.0