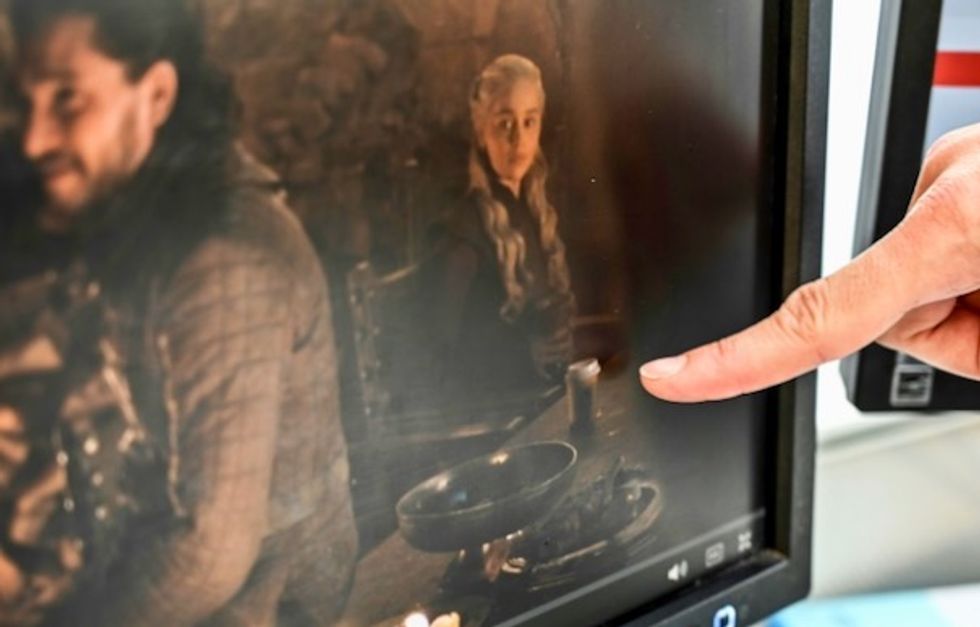 With two episodes of HBO's wildly popular medieval fantasy saga "Game of Thrones" to go, puzzled fans took to social media on Monday after heroine Daenerys Targaryen was joined at a wooden banquet table by a rogue to-go coffee cup.

Jokes, spoofs and critiques quickly followed the anachronistic appearance of the beverage -- taken to be a Starbucks coffee by many who noticed -- in the fourth episode of the eighth and final season.

"Seriously, they have Starbucks in Winterfell," one commenter wrote on Twitter, while others lamented the slip-up after waiting two years for the eighth season to air.

Yet another tweeted a redrawn logo of the American coffee chain with the title changed to "Winterfell coffee" and the wolf's head sigil of the Starks, one of the noble families at the center of the series.

HBO spoke up as the blunder went viral, tweeting that "the latte that appeared in the episode was a mistake" and playfully adding that Daenerys -- played by British actress Emilia Clarke -- had ordered an herbal tea.

Meanwhile, executive producer Bernie Caulfield told WNYC radio she couldn't believe the error, saying that "our on-set prop people and decorators are so on it 1,000 percent."

"We're sorry!" she said. "If that's the worst thing that they're finding, we're in good shape."

HBO called it a "craft services coffee cup" but Caulfield echoed a theme spread widely on Twitter, speculating that Westeros -- the fictional continent where the action takes place -- "was the first place to actually have Starbucks."

Though he hadn't personally watched Sunday's episode, entitled "The Last of the Starks," art director Hauke Richter told Variety magazine: "Things can get forgotten on set."

Starbucks seized the opportunity to capitalize on the faux pas, evoking its popular dragon fruit-based thirst-quencher in a statement that read: "We're surprised she didn't order a Dragon Drink."

It was not immediately clear if Daenerys, known in the show as the Mother of Dragons for her mastery over the winged creatures of legend, has ever tried coffee.

Season eight began airing on April 14, nearly 20 months after the seventh season's conclusion. The last ever episode will be shown on May 19.