‘The bar is that low’: Don Lemon reveals why he commended Republican analyst for mild criticism of Trump inciting violence 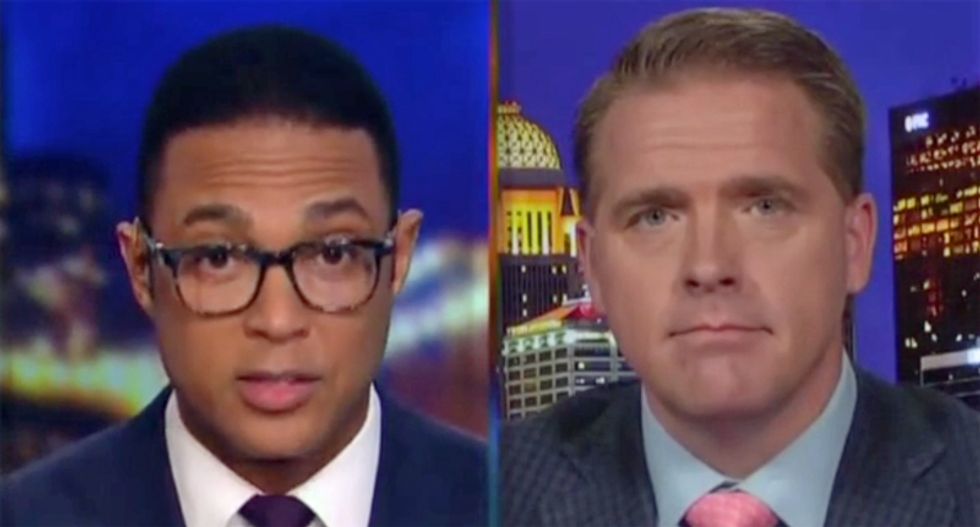 While talking about Trump "inciting violence" at a campaign rally on the Florida panhandle, conservative CNN contributor Scott Jennings suggested that maybe it should not have happened.

"I got to give Scott his due. He didn’t say, it’s obvious the president was making a joke and said he did not make an excuse for it. He said, the president should not do that. So Scott, I commend you for doing that," Lemon said.

"Because we see so many people come and make excuses for this president," Lemon explained.

"I think that’s a sad state of affairs," Setmayer replied.

"I'm not disagreeing with you, just telling you why I'm doing it," Lemon said.

A 26-year-old California man is facing federal charges over his participation in the riot at the U.S. Capitol on Jan. 6, The Orange County Register reports.

Edward Badalian and Daniel Rodriguez are facing charges that include conspiracy, obstruction, entering a restricted building and theft and destruction of government property.

Trump is back -- on the Bidens' Christmas tree

Donald Trump has made it back into the White House -- at least in the form of a picture hanging on the Bidens' Christmas tree unveiled Monday.

It's no exaggeration to say there's bad blood between the Trumps and Bidens, largely because Trump continues to push his unprecedented attempt to persuade Americans that Joe Biden didn't really beat him in the 2020 presidential election.

QAnon cultist complains to Trump about failed predictions: 'This is starting to get very old'

At least one disillusioned QAnon follower has gotten sick of one missed deadline after another.

Conspiracy theorist Donny Warren wrote an open letter to Donald Trump to complain about the number of failed predictions regarding the arrests of global elites and their enablers and the restoration of the twice-impeached one-term president to the White House, reported Newsweek.